An hour after finishing Cobble Hill, after stretching and contemplating whether my joints would hurt too much to add another few miles, I decided to go for it. I put the car in gear and drove the 20 minutes to the Baxter Mountain trailhead on rt. 9N. It was raining now, but that didn’t bother me. Juno, on the other hand, thought we were done for the day and was curled up sound asleep in the back seat when we rolled into the lot for Baxter at 2:30pm. 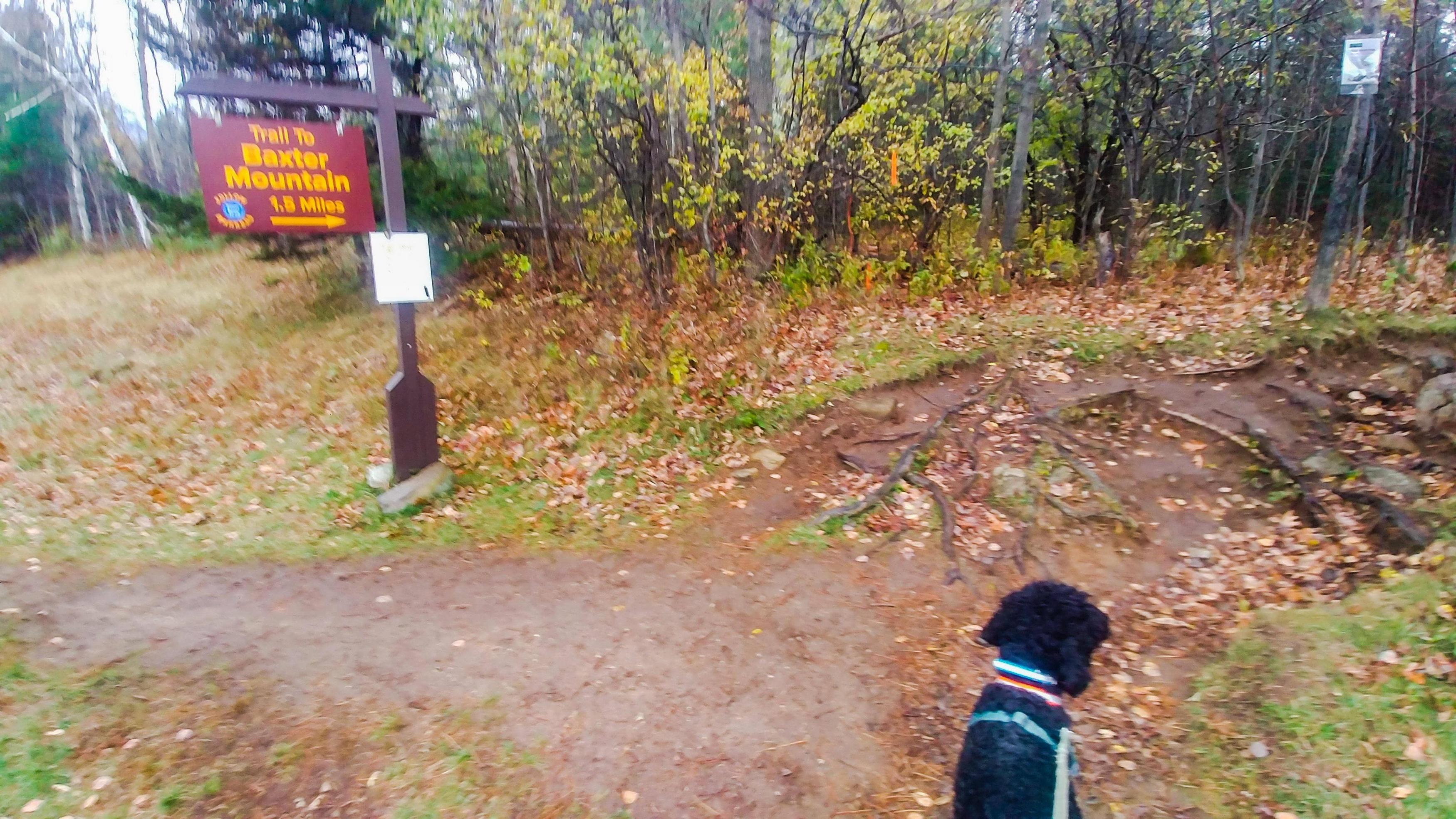 Two minutes after walking onto the trail, we met two grumpy people on their way out, and then we had the trail entirely to ourselves. I pulled up the hood on my raincoat to keep my head at least dry, put one foot in front of the other, and we made our way up the mountain. For anyone that doesn’t know, I’ve been struggling with some undiagnosed autoimmune disorder for the last several years that causes extreme pain in my joints, especially when hiking. Figures. So yes. I have logged 20-mile days in the mountains without a single ache, but these days just going a few miles can be excruciating. I was so relieved that the trail up Baxter was just switchback the entire way up. It was so pleasant, even in the rain, and I was happy just to be there, back where I belong. 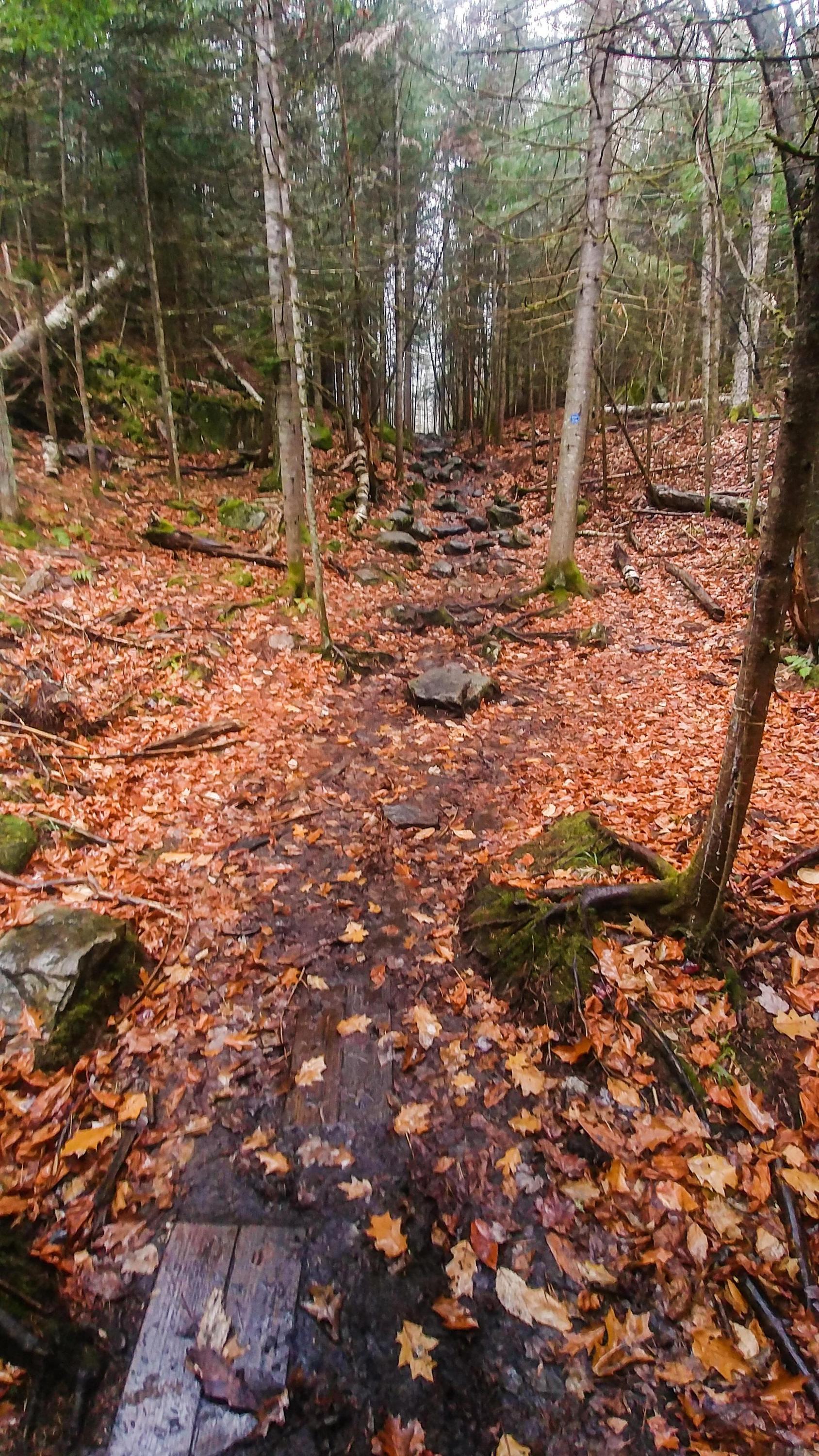 After about a mile of easy walking, we reached a junction with the Beede Road trail, and turned right towards the summit 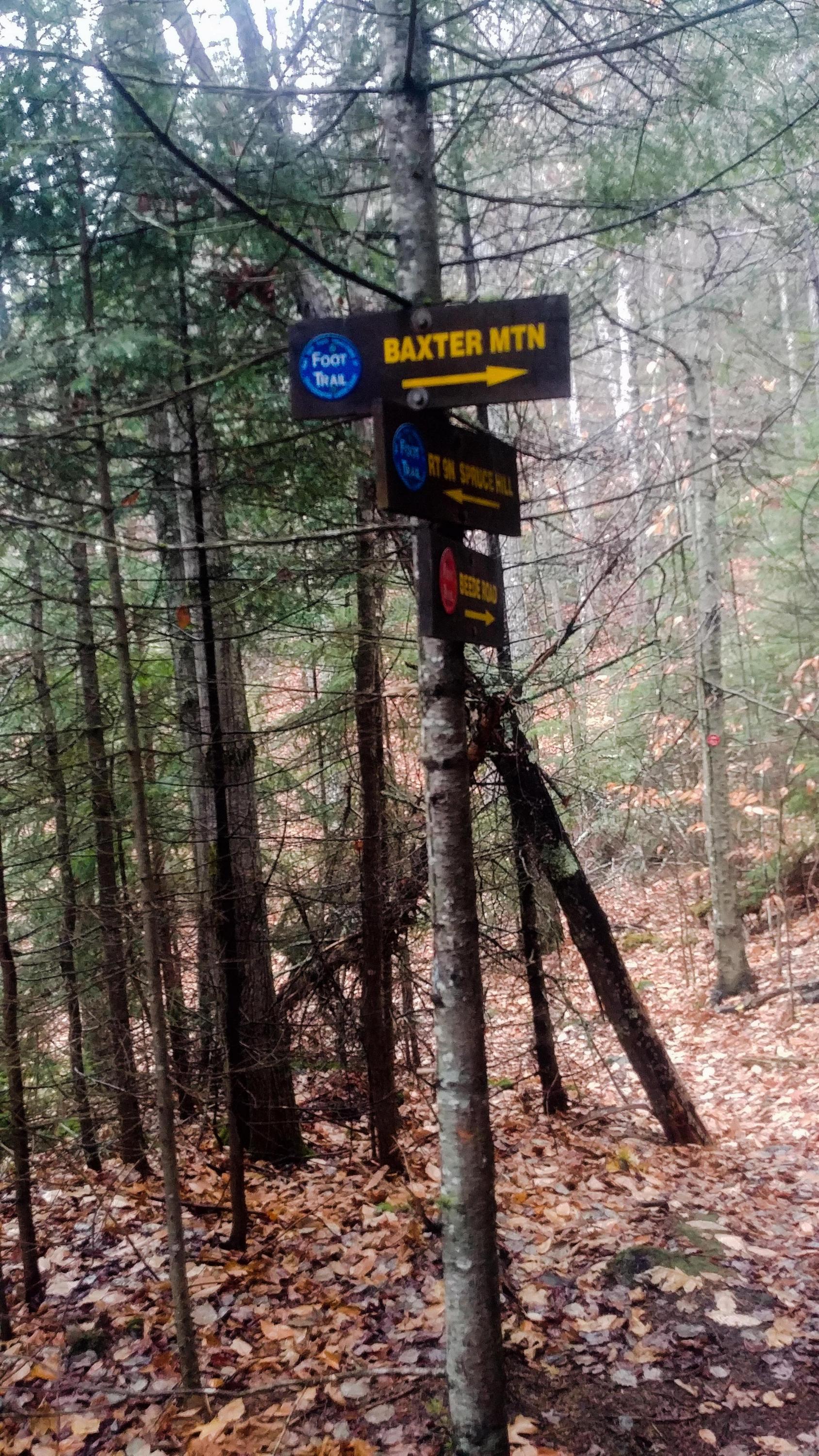 At this point the steady rain had turned to heavy wet snowfall, so pictures are scarce. Once I turned to head up to the summit, the trail became a bit trickier and rockier, slick with the continuous rain and snow, though it was never icy to the point that my microspikes had to come out. 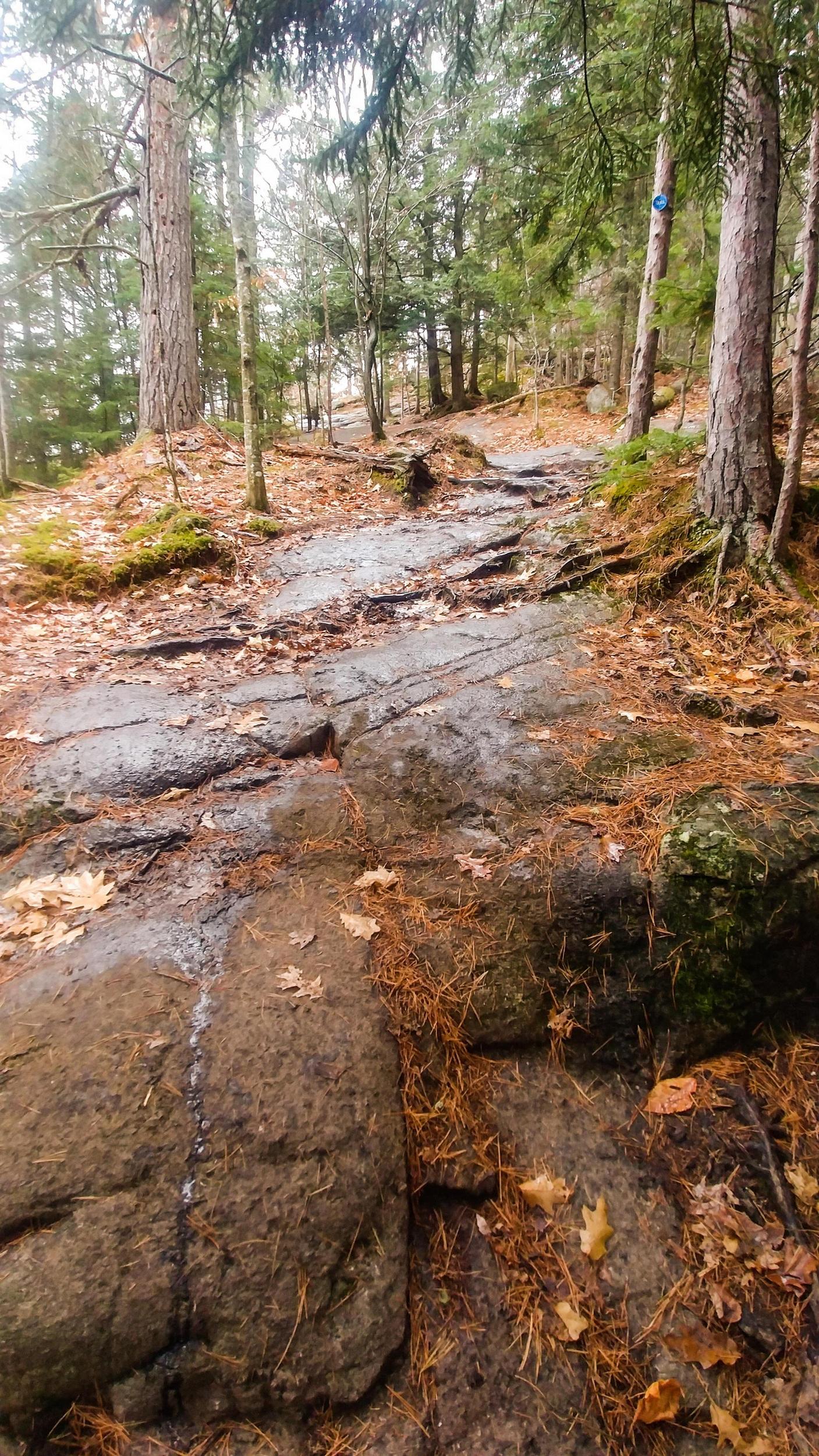 After this short section, I came to an outcropping that probably normally has a gorgeous view. Not today! I didn’t mind though. I continued on past this false summit and climbed just a bit more until we reached what I presume to be the true summit. We explored a bit up there to be sure we made it until the trail started to descend again on the lesser-used trail back to Beede road. 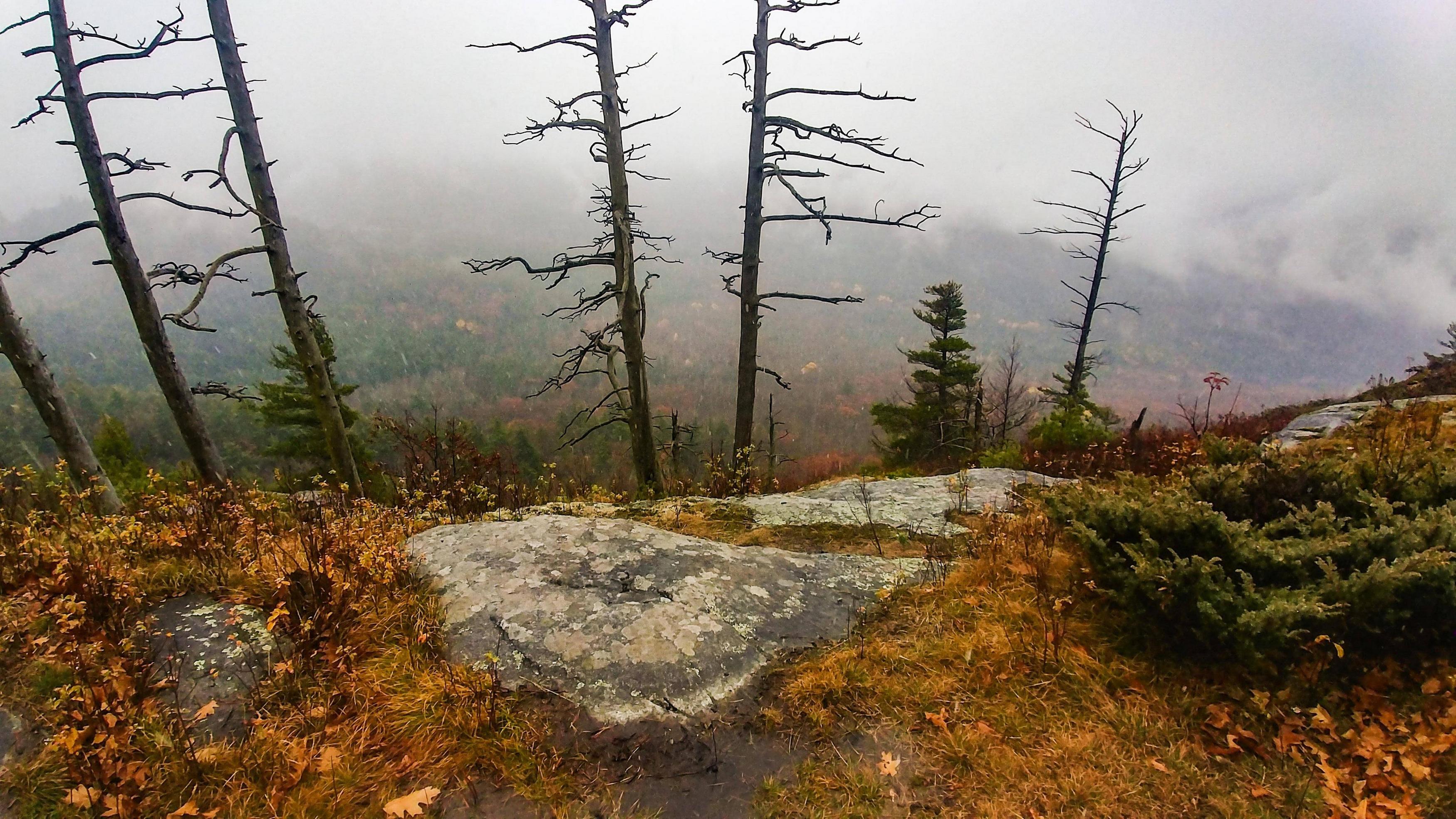 We stopped just for a minute to take our summit photos at 3:15pm, then went straight back down before the cold could set in since we were both soaking wet. 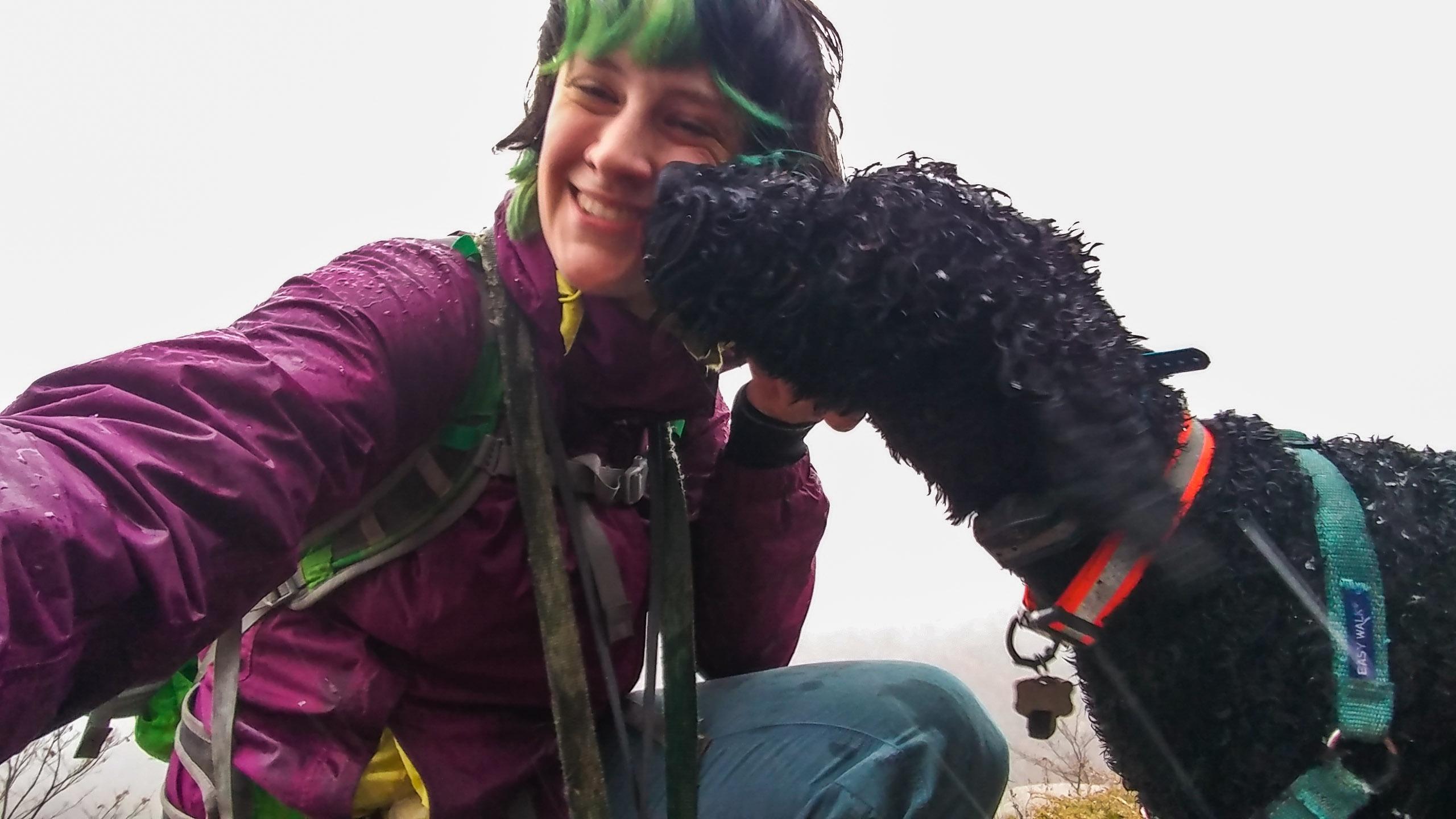 The walk back was quick, damp, and surprisingly painless. By 4:15pm we were back at the car, dripping wet and hungry, as new Lake Placid 9ers! 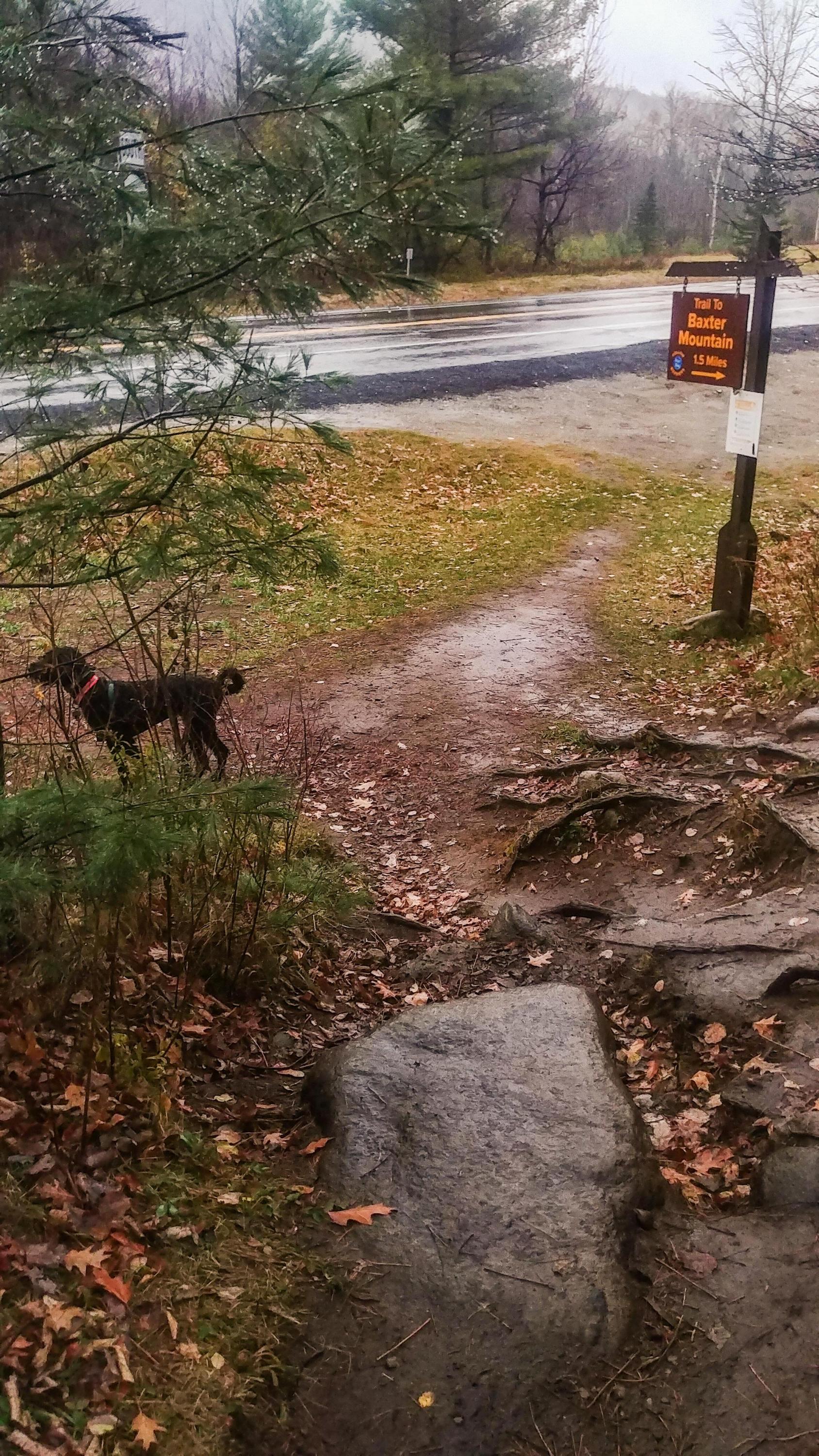 Even without views, this was a really lovely hike. Now I have to go back and do it again when the summit is clear!