The next morning, we got up early to prepare for our day in Bryce Canyon. On our way out, we spotted a little museum that contained the sets from many old western films that were shot in the area. We just had to check it out. 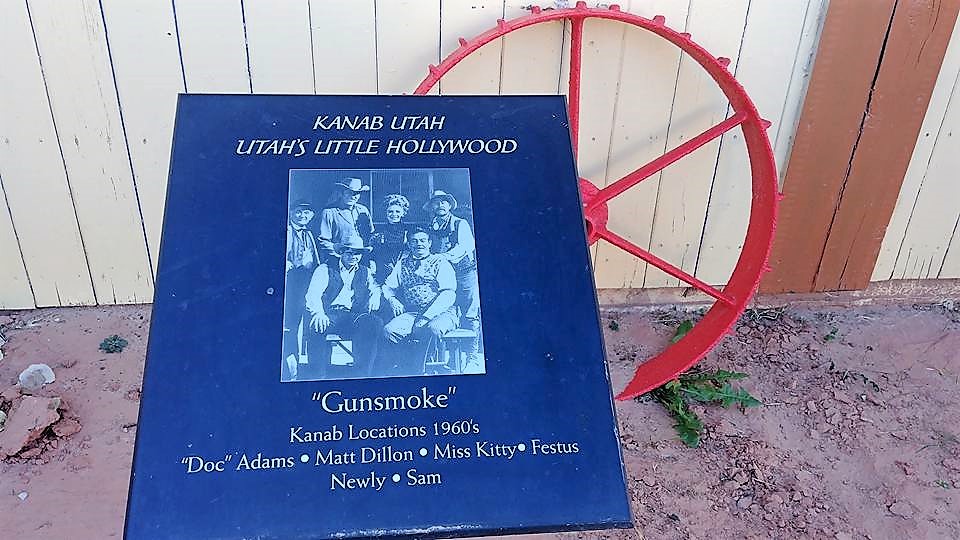 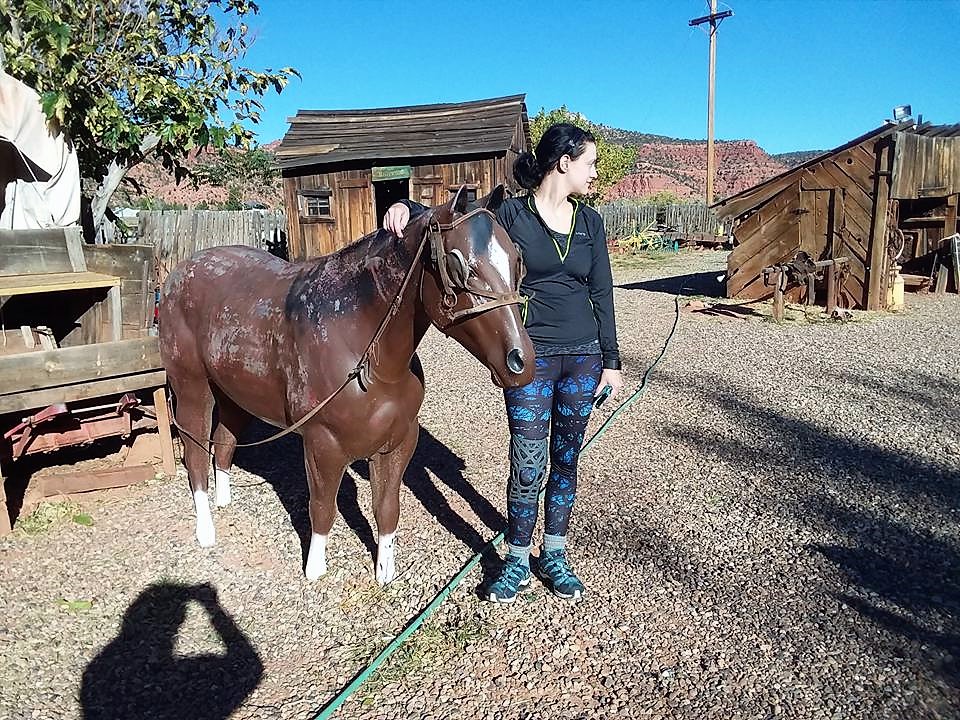 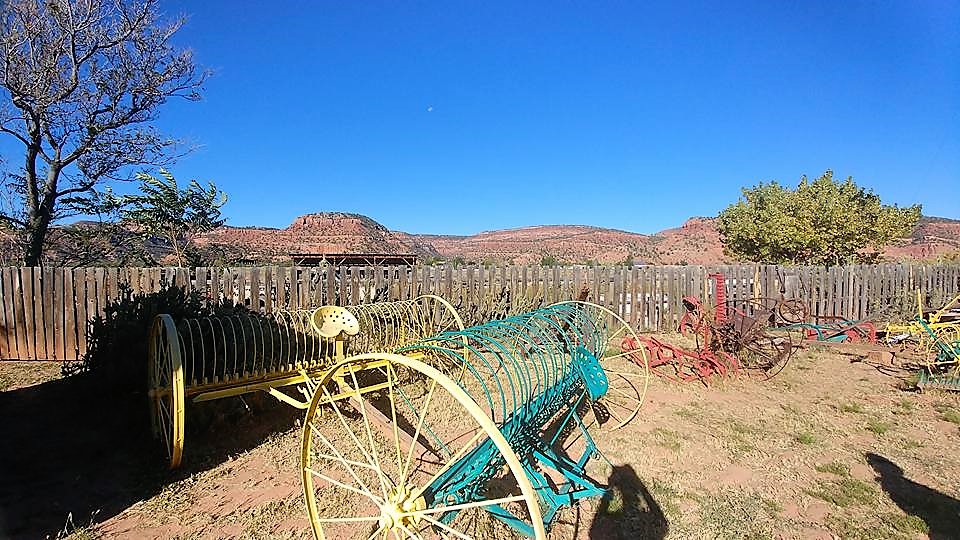 All of the building had been relocated to the site of the museum and reconstructed beautifully. 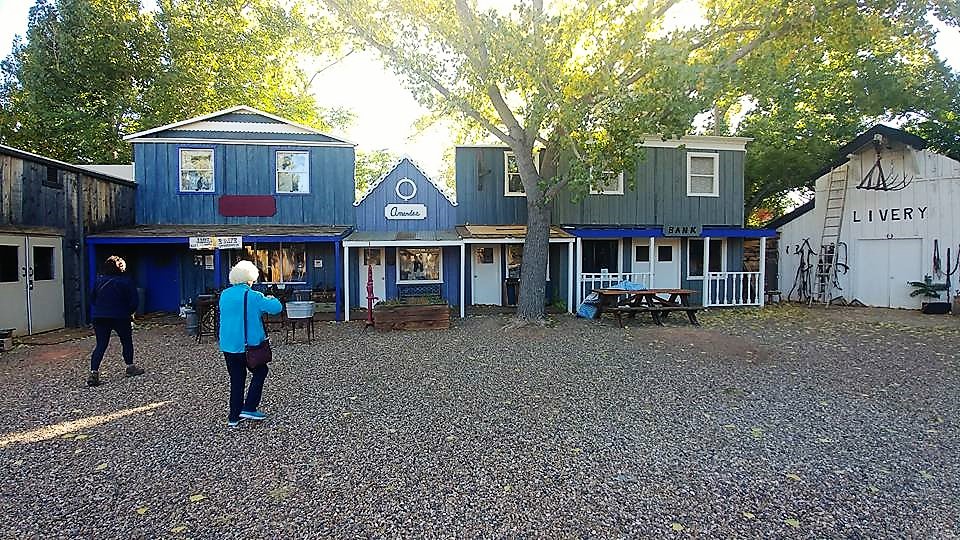 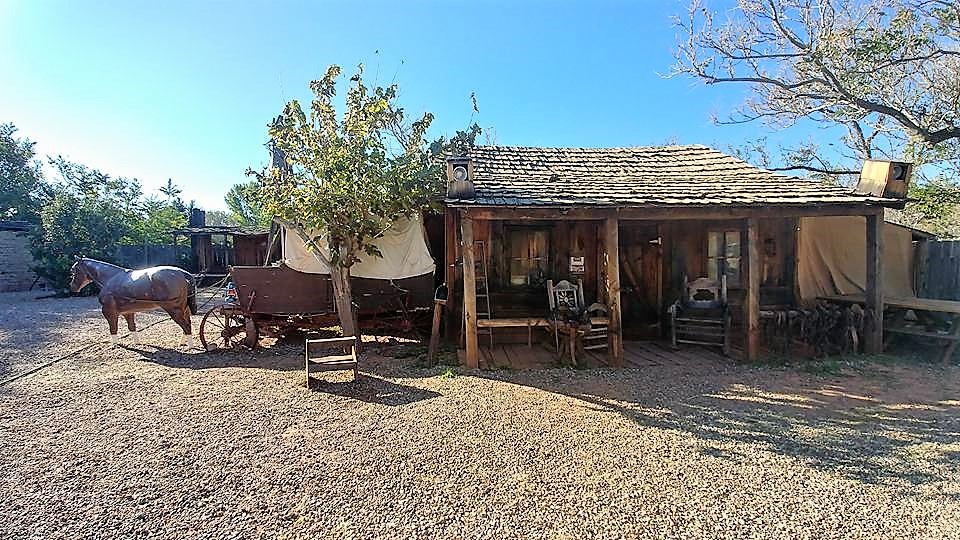 We left the museum and arrived at Bryce Canyon after about an hour and a half of driving. My dad and I were so excited to hike here, and were eager to climb all the way to the bottom and hike some trails from the inside of the canyon. Luckily for me, he had brought two trekking poles, so we each took one and I was able to put my weight on it instead of on my bad knee. Bryce Canyon also uses a shuttle system, so we hopped on and took it to the farthest point, Bryce Point, and headed down amongst the hoodoos. 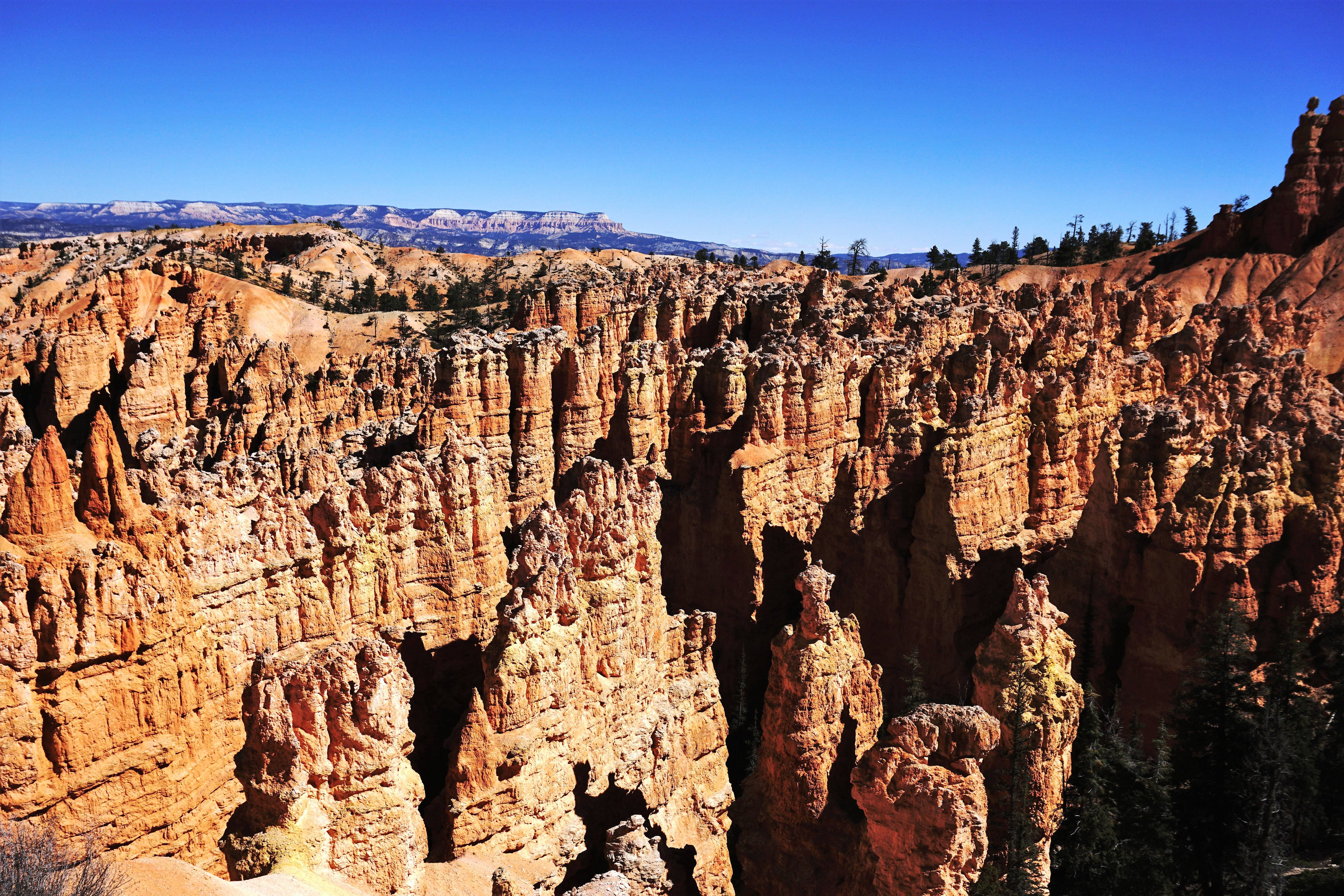 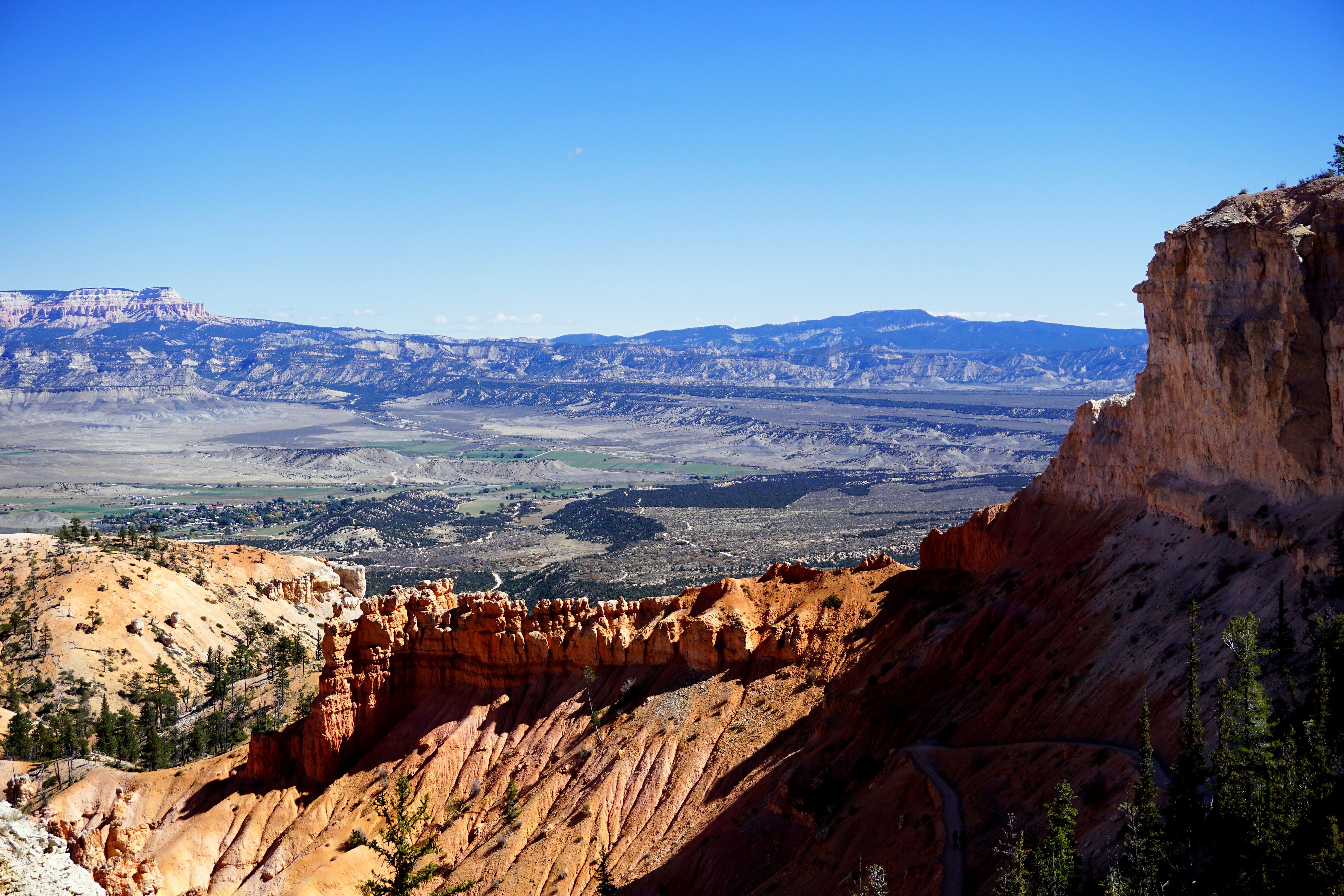 It’s unbelievable how all of these formations were created. Millions of years ago, all of that land used to be ocean. Then the sea receded and the land crunched together to create jagged moutains and mesas. When ice and snow accumulate around the rocks in the winter and thaw in the summer, the ice melt takes away bits and pieces of the rock, creating those spires called Hoodoos. As we saw many of these hoodoos, my dad would remark what they looked like to him, and I had to laugh because I was bothered that I completely saw the same crazy things. Great minds think alike, I guess. 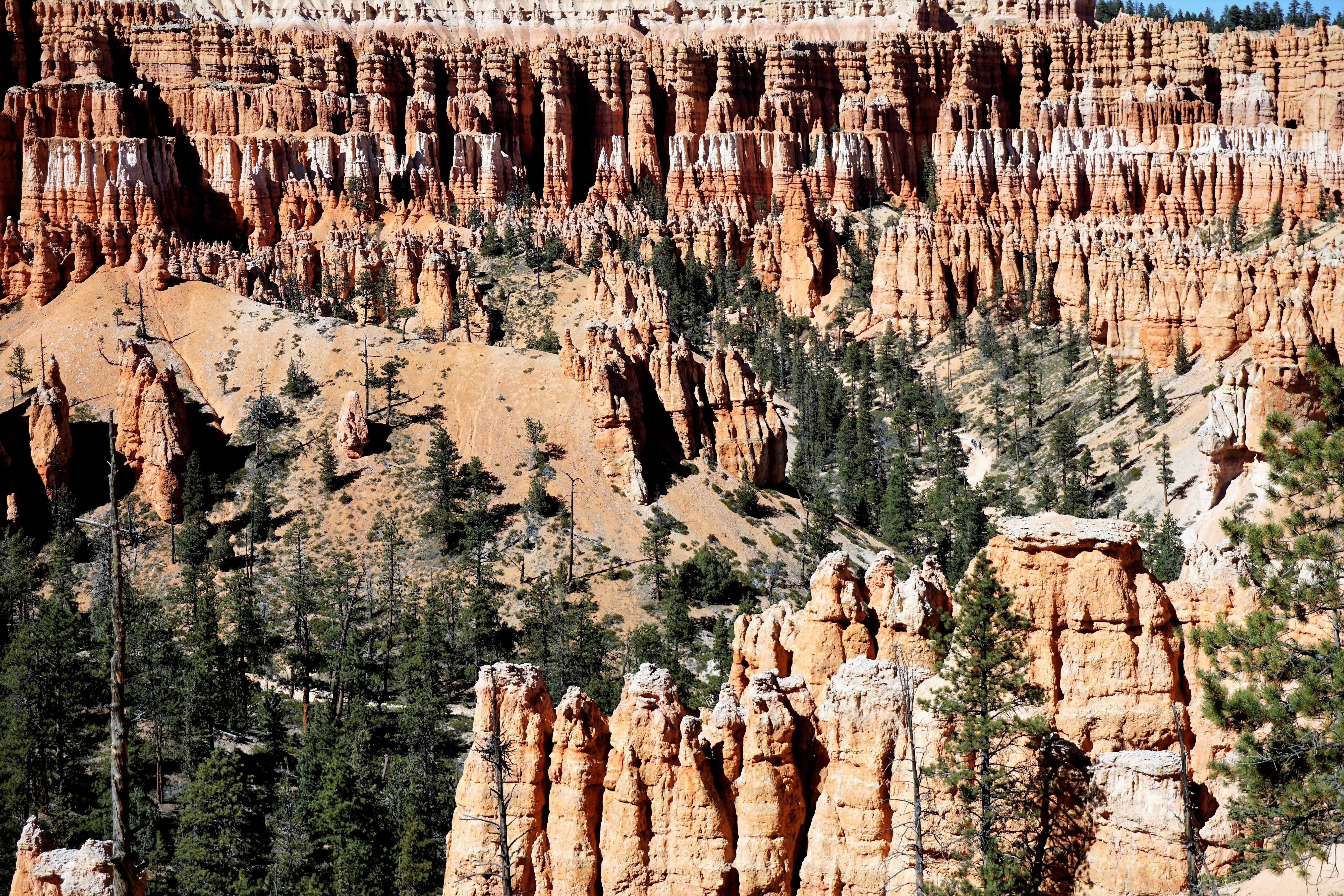 The trail we took to the bottom was called the “Peek-a-boo” trail, and we quickly surmised that it was so named because every time we turned a corner, we saw an entirely new and incredible view. 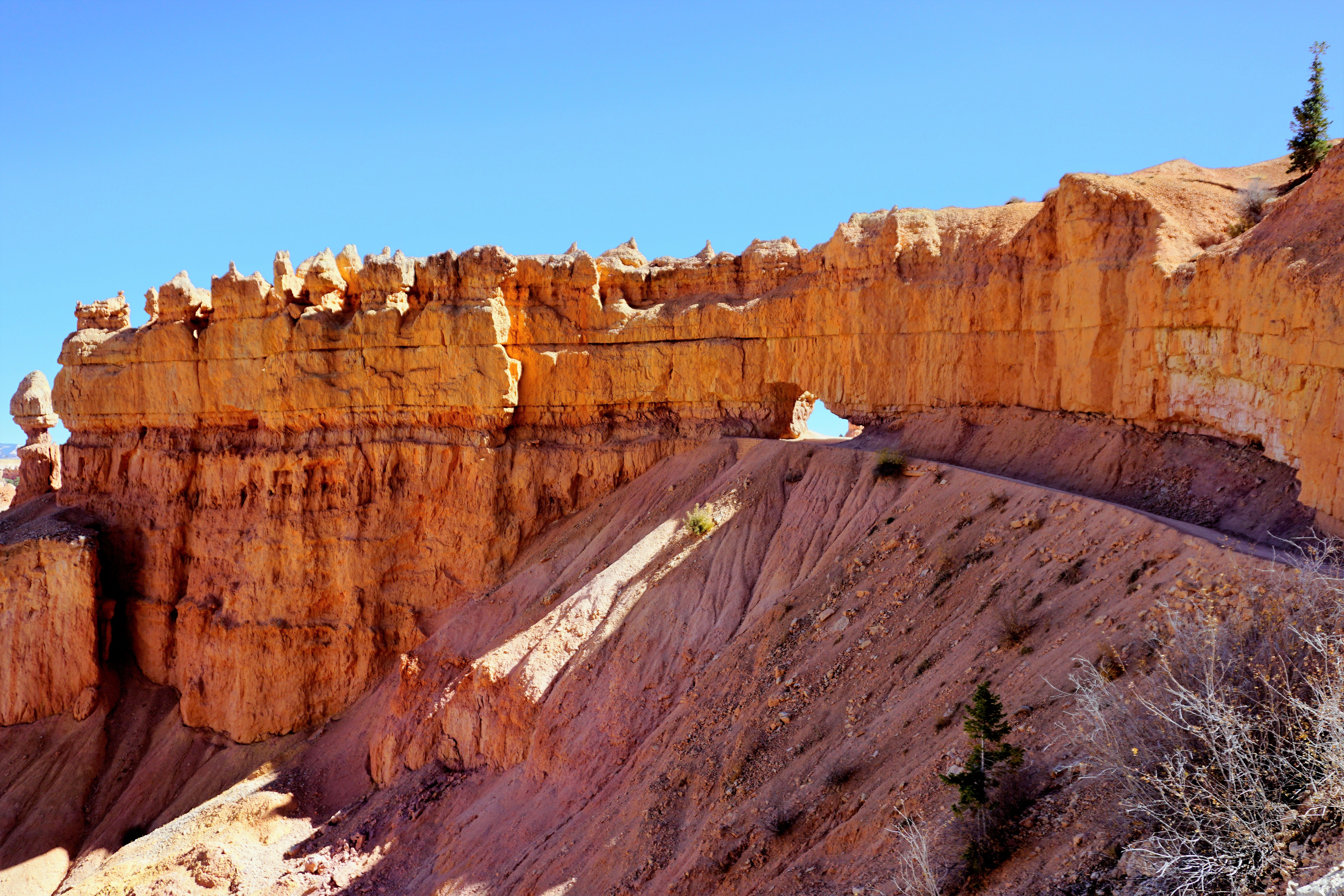 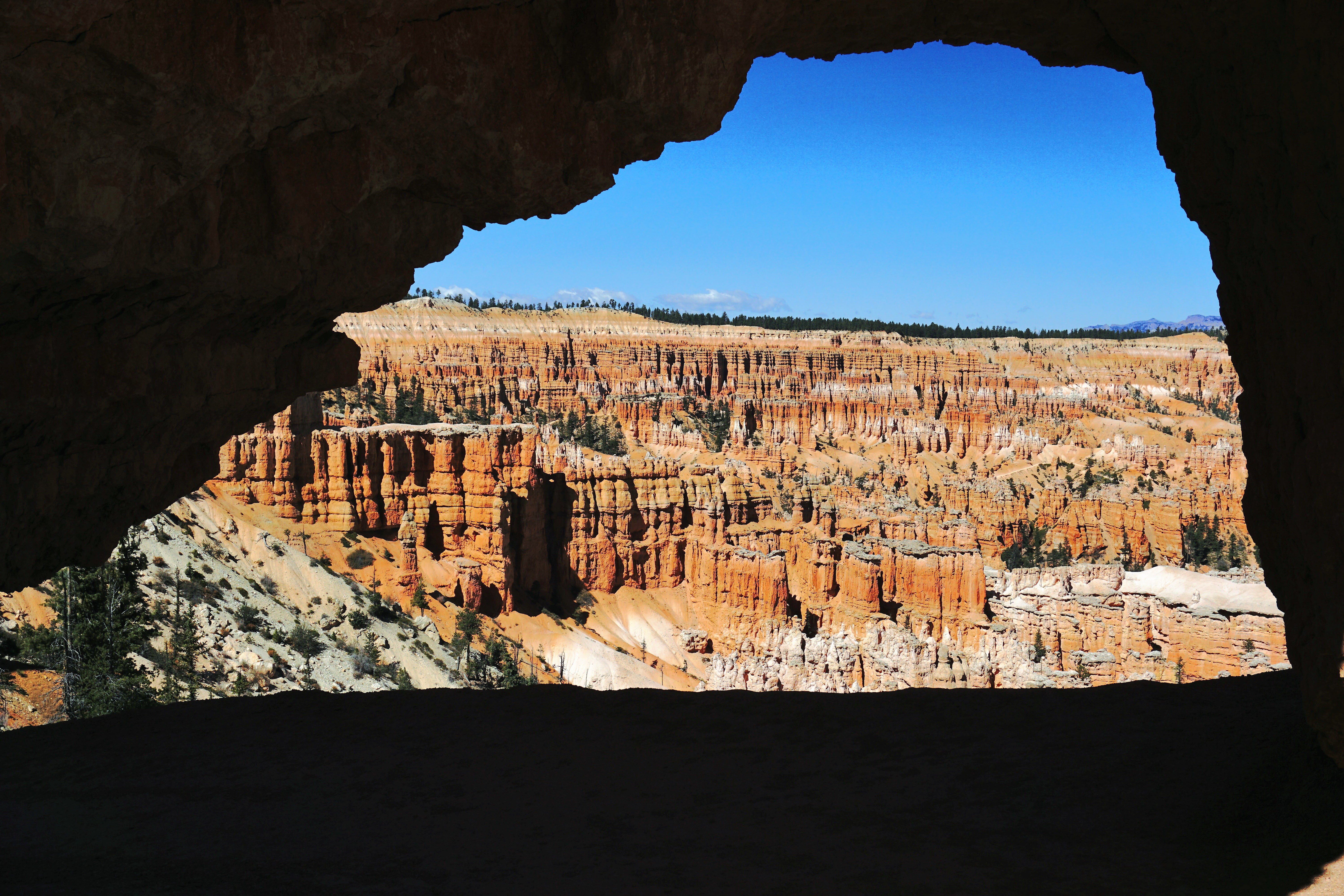 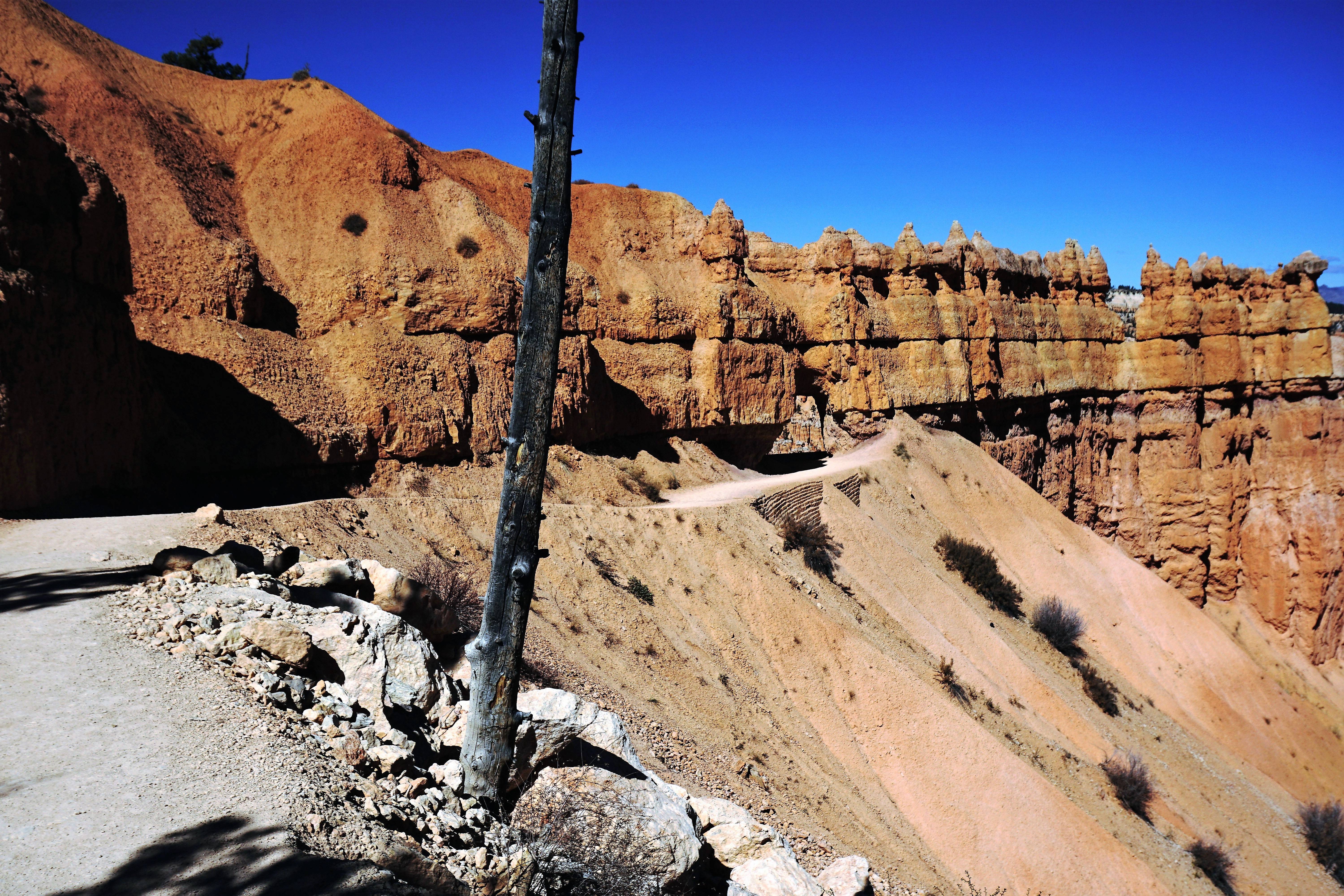 We kept noticing as we were walking that there were huge boulders precariously perched over our heads. Even worse was the rubble around the trail where rocks had tumbled before! We kept joking that the road runner would come topple those boulders onto us.

We decided to stop at one particular overlook (though really the entire trail was an overlook) and have a bit of lunch. It was FREEZING in the morning when we started our hike, but thankfully the wind had begun to die down and the sun was warm. 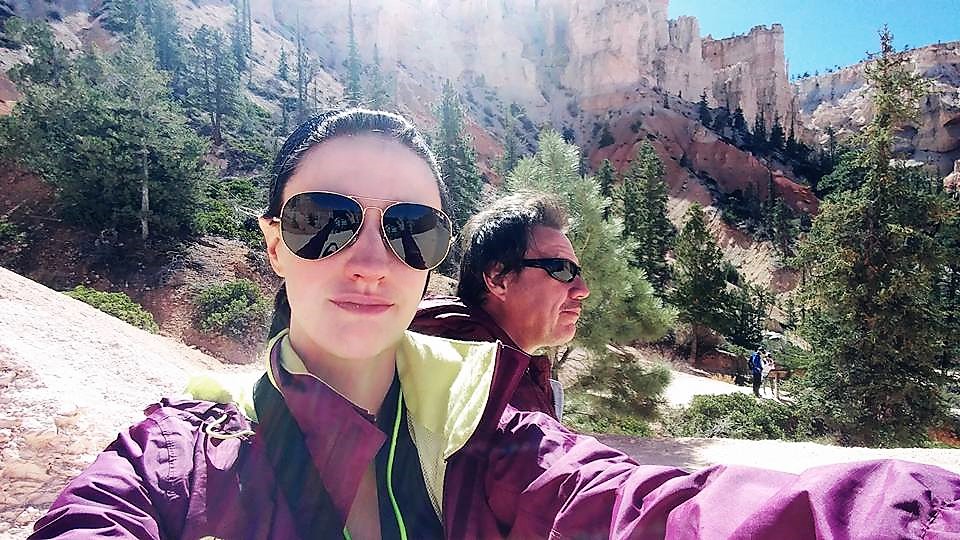 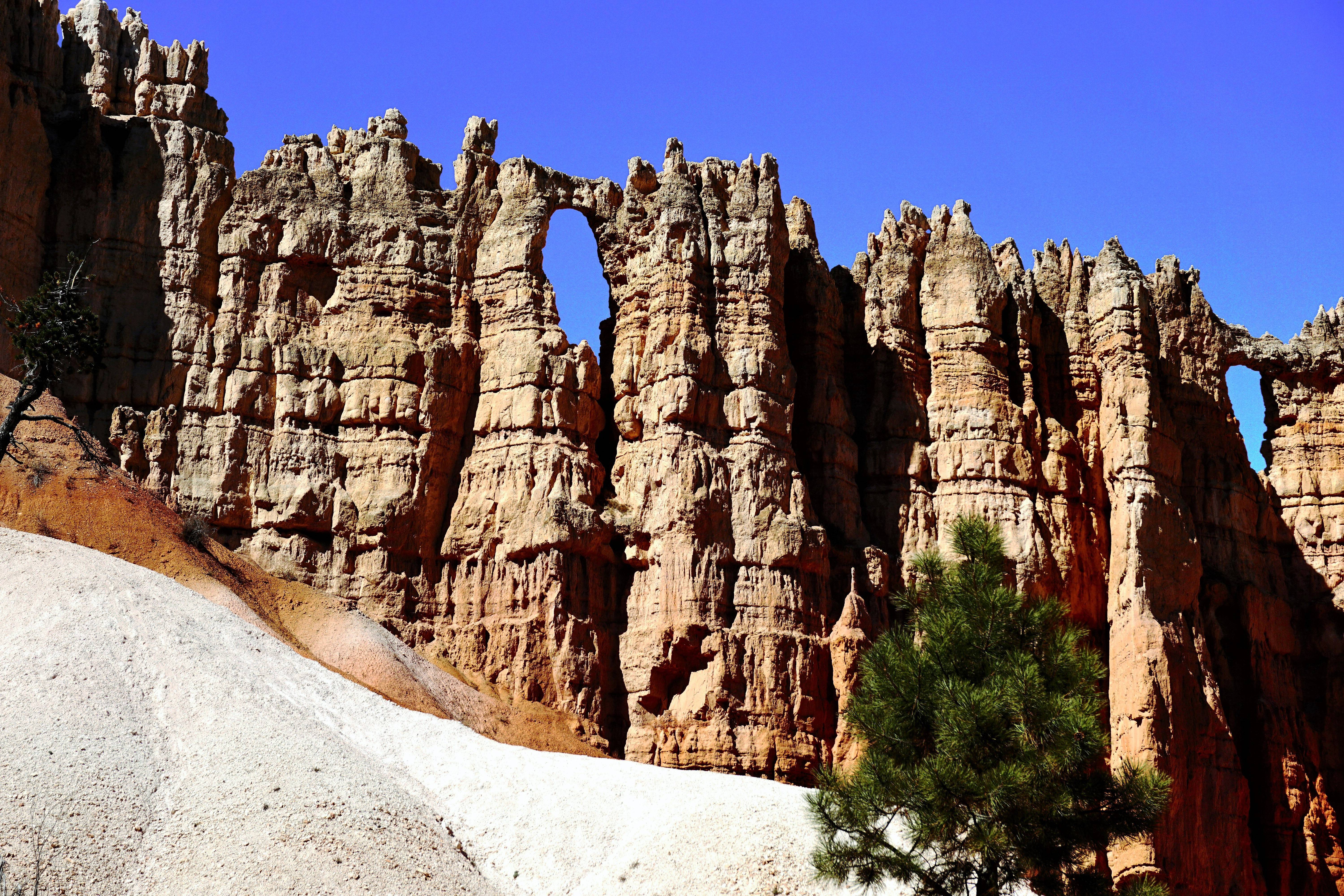 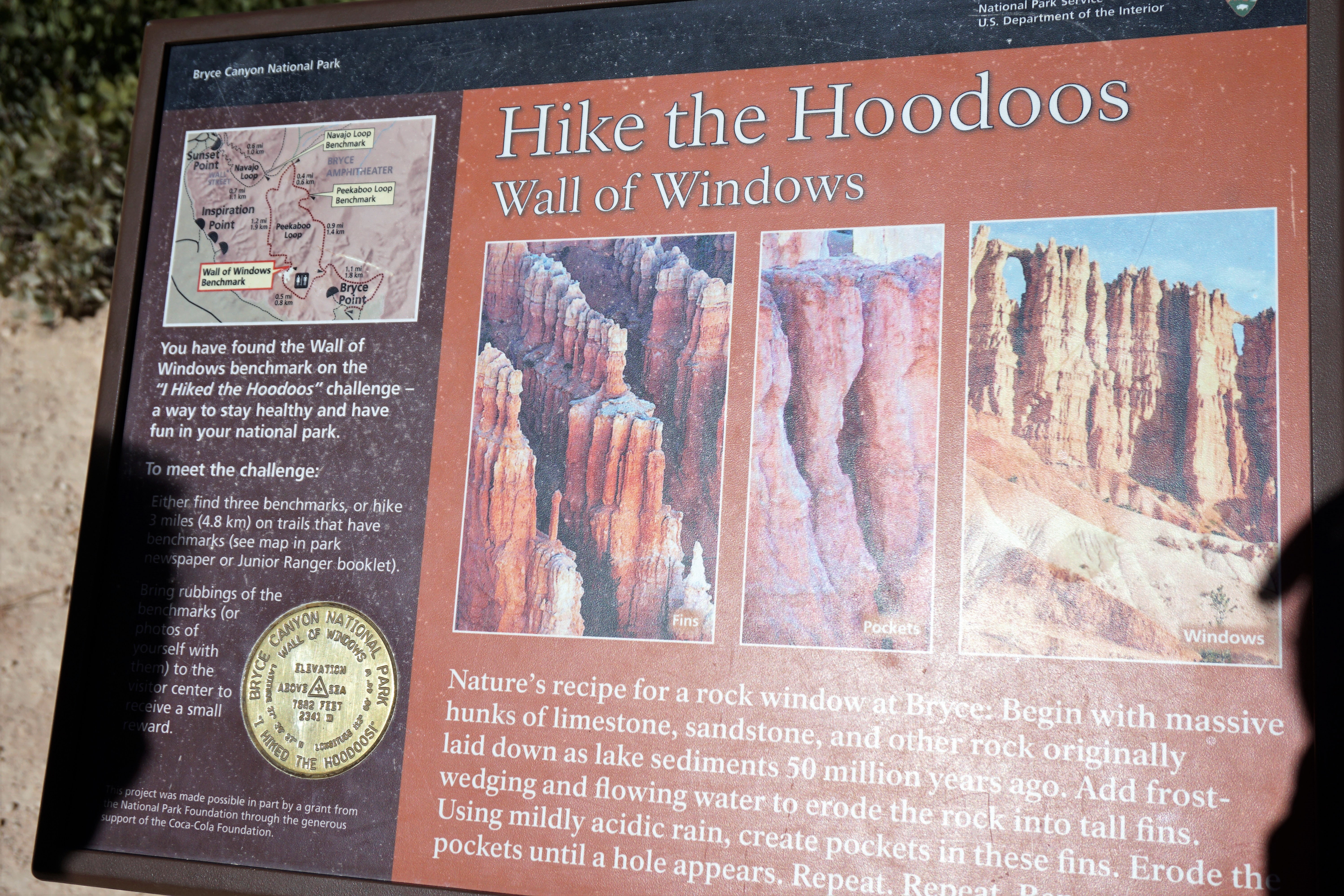 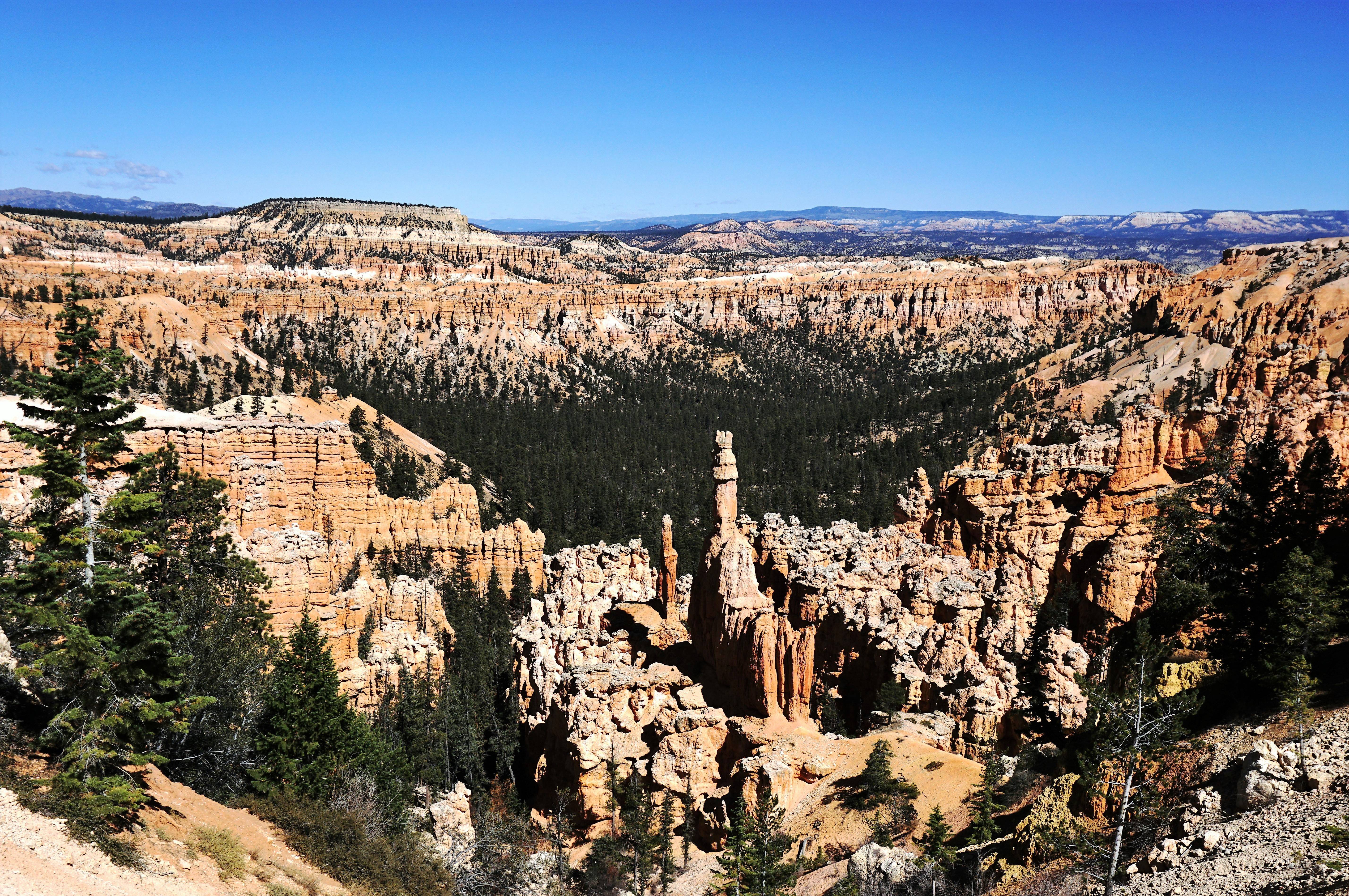 We finally made it to the bottom where we encountered a tour group on horseback and followed the trail as it meandered through the forest. 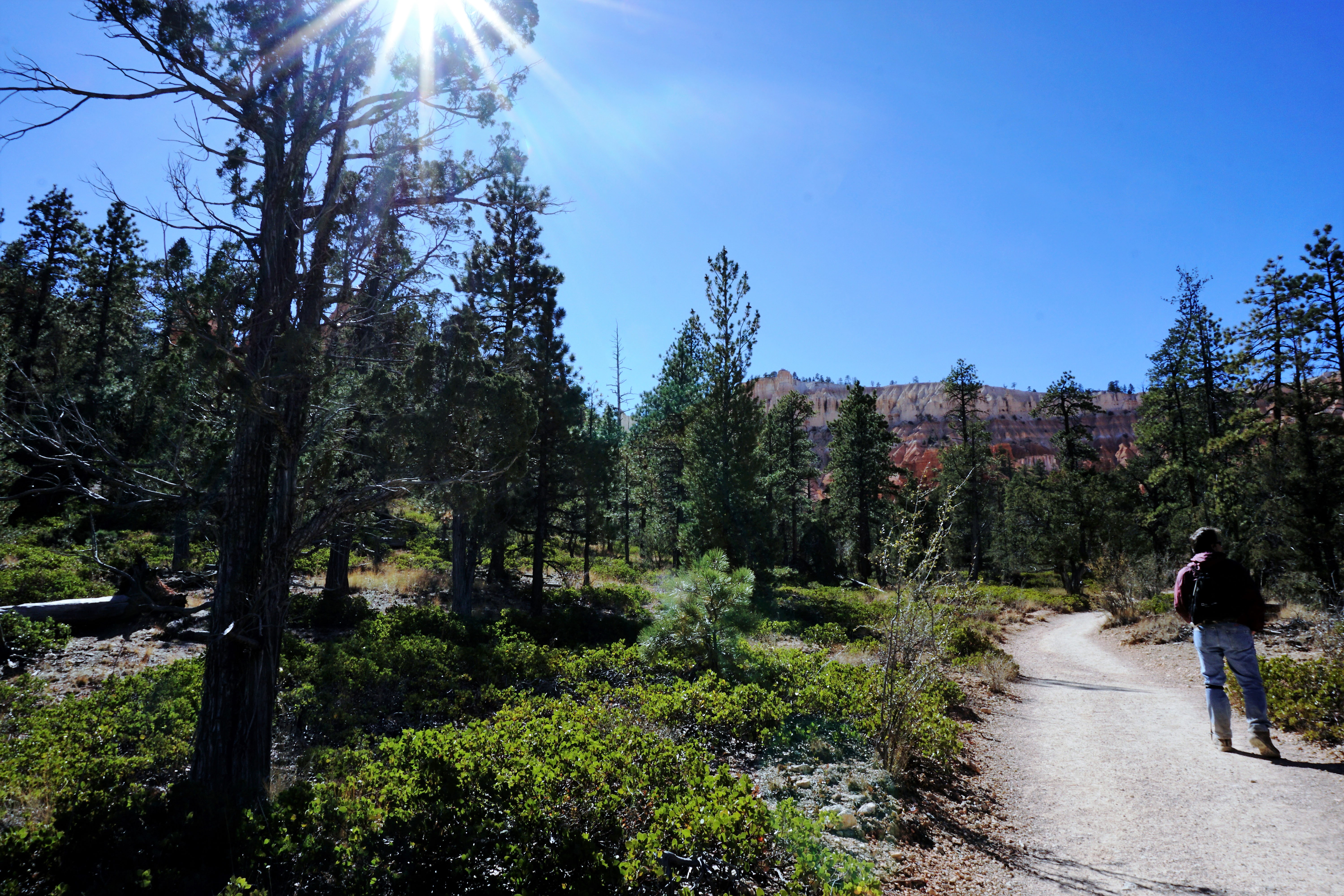 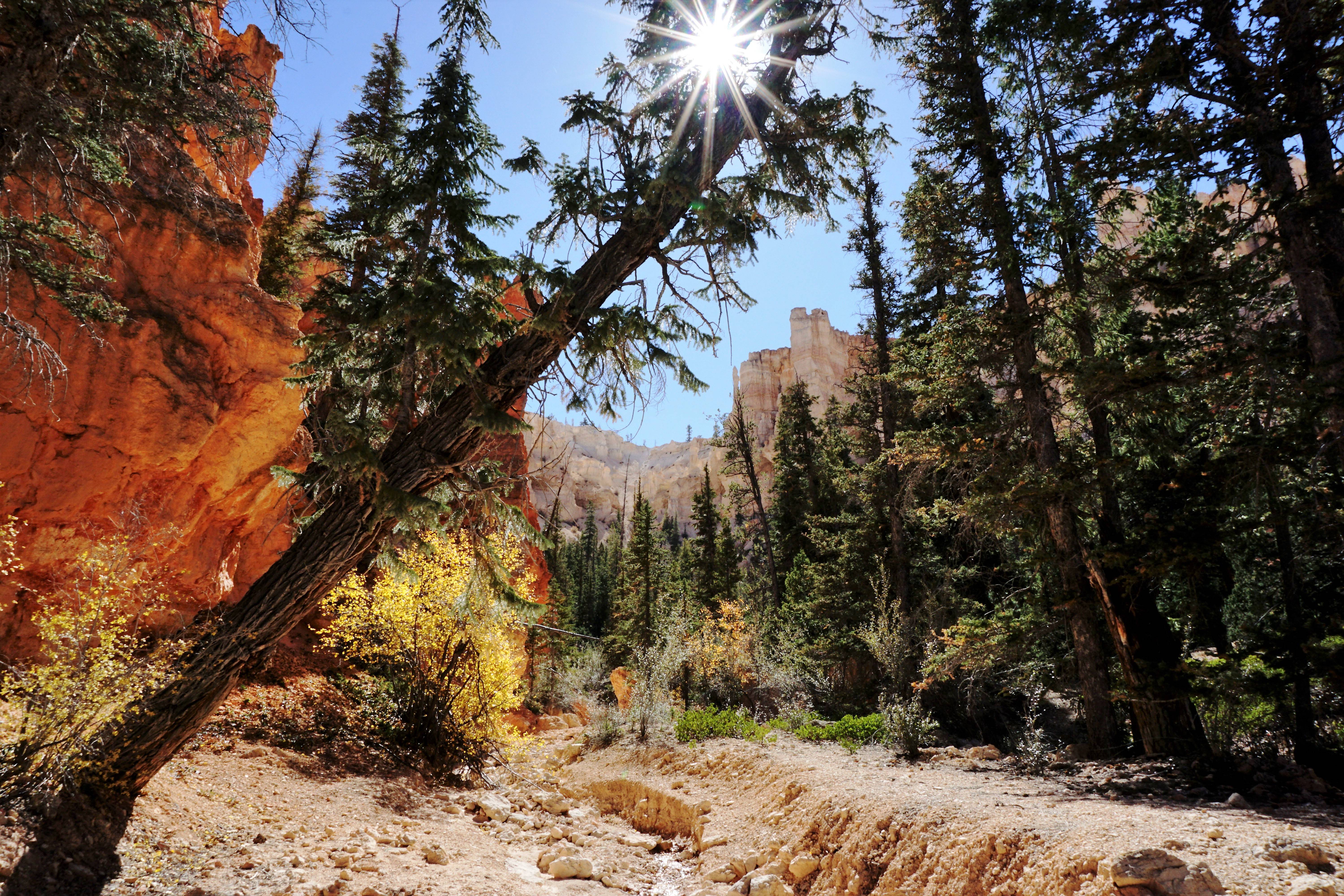 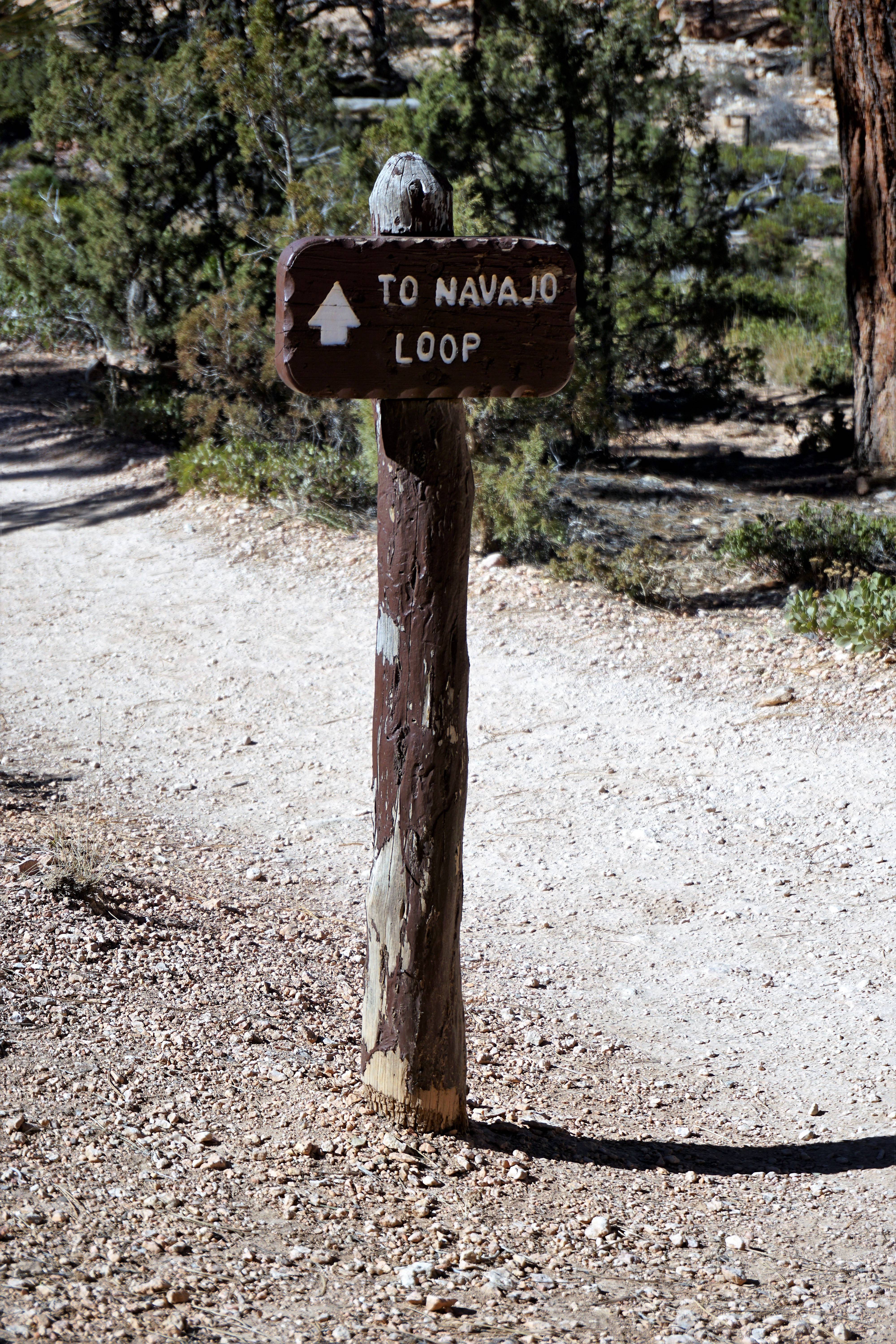 The loop we were on eventually joined up with the Navaho Loop trail. We took the middle path (of three) to make our ascent and view the Two Bridges formation along the way. 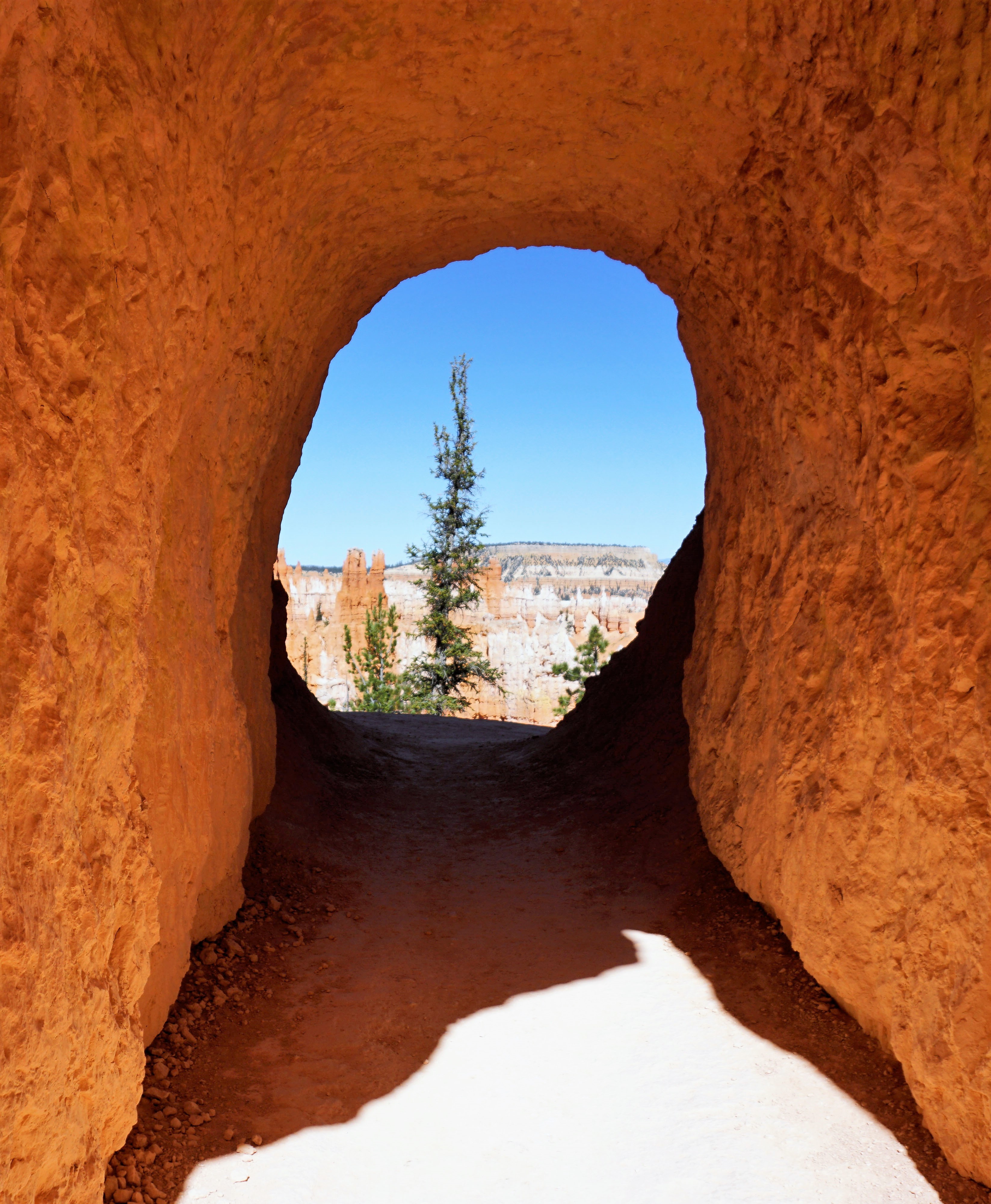 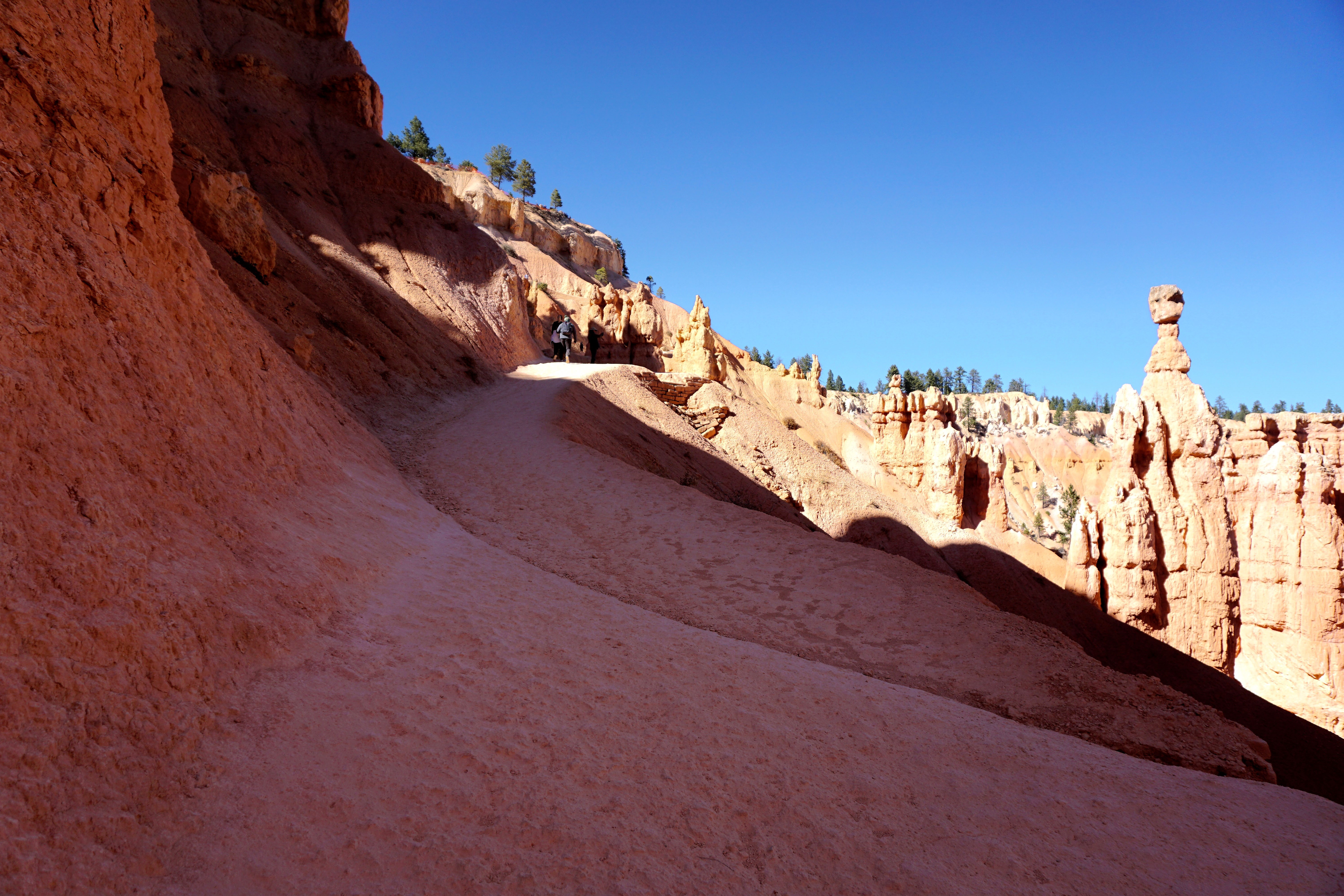 We ascended via switchbacks all the way back up to the ridge, where we took one last look from the edge. 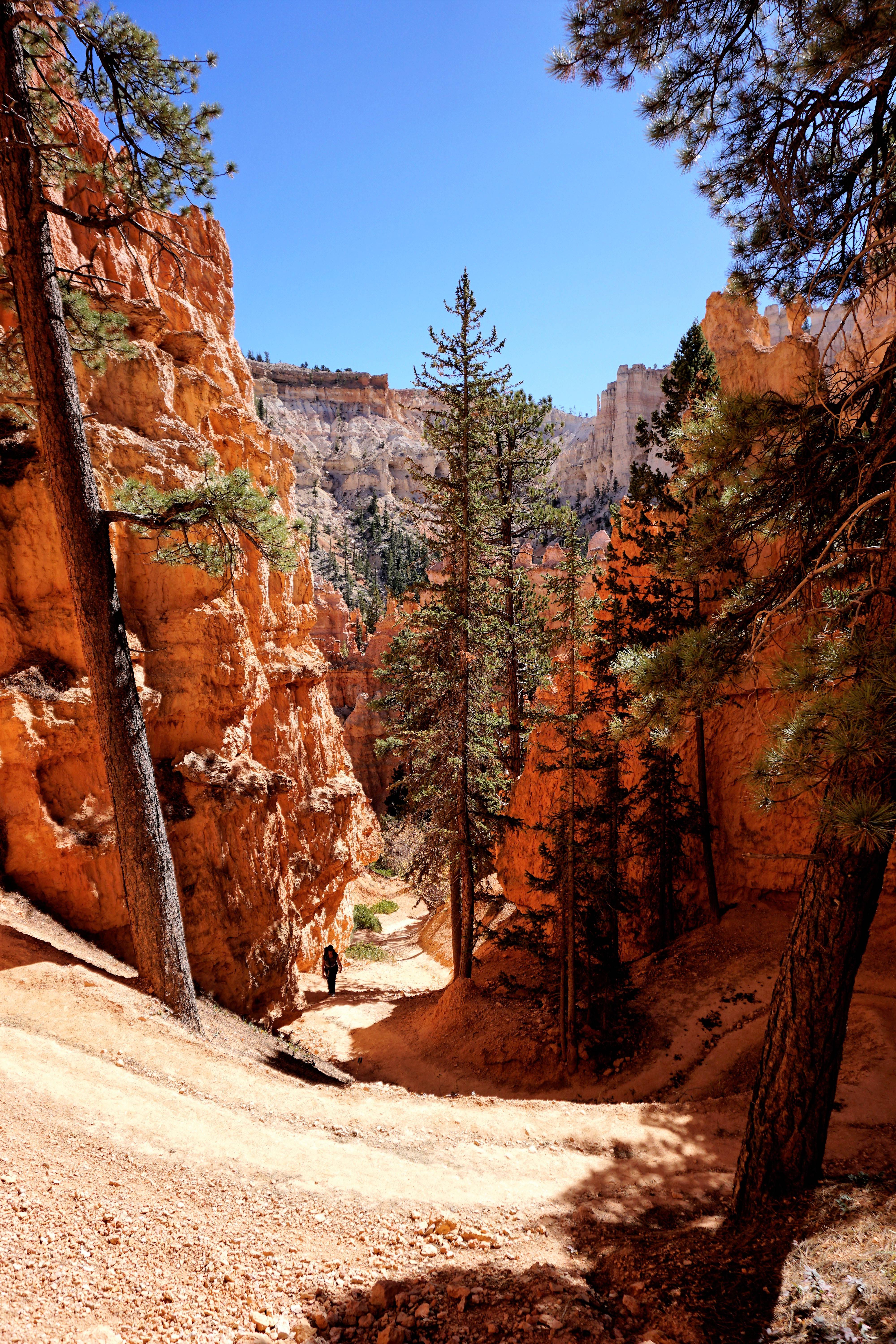 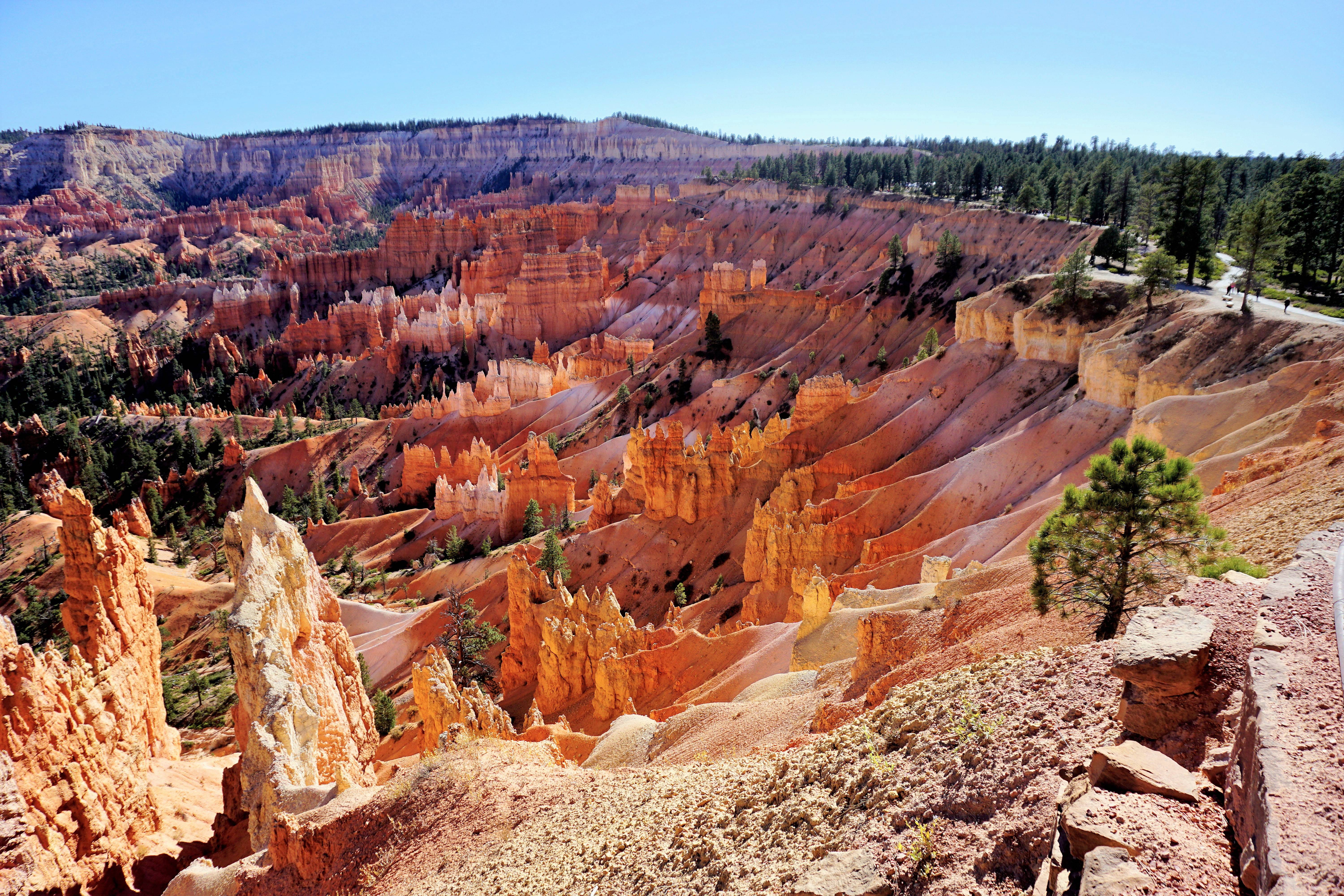 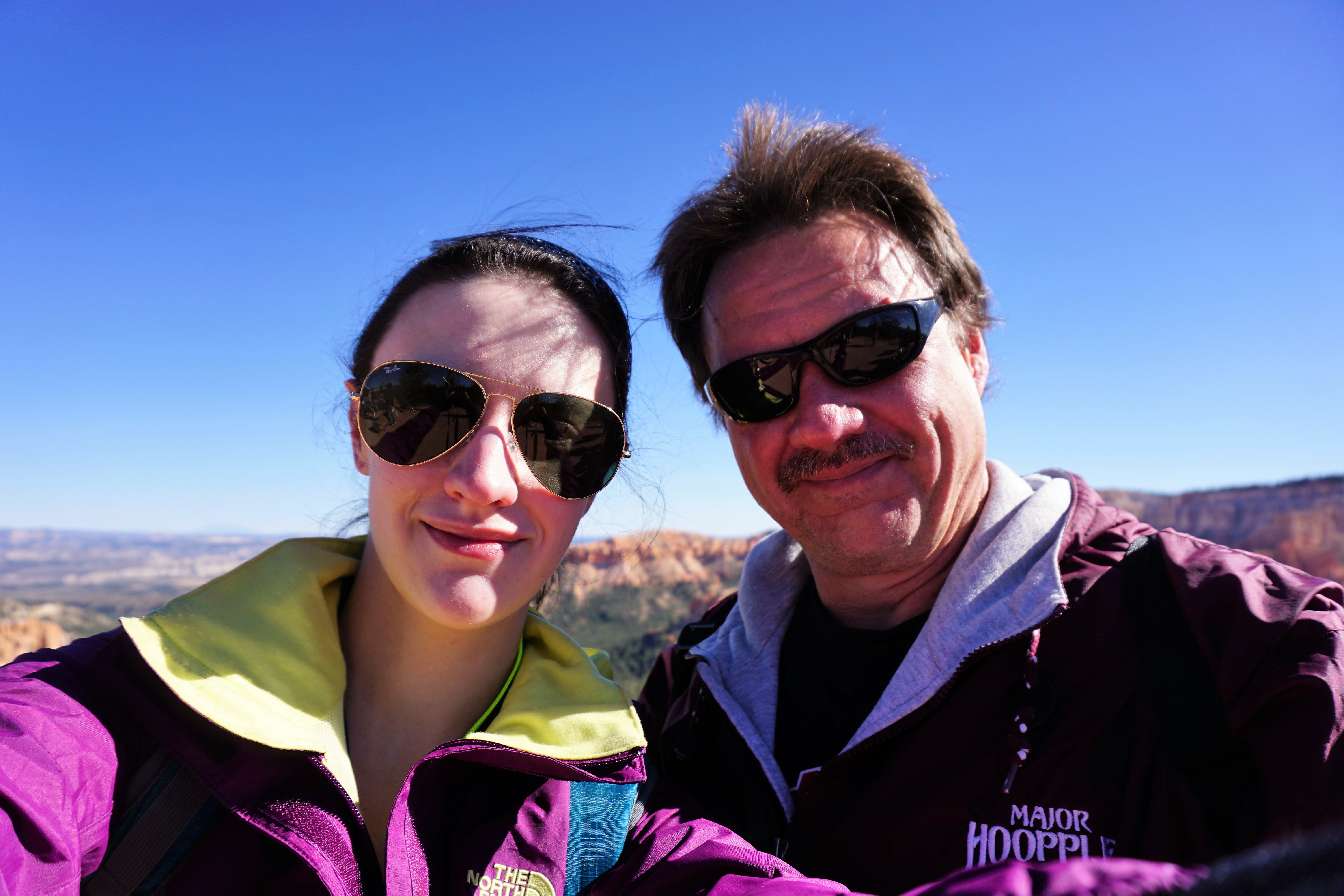 We followed along the ridge, passing sunset and sunrise points along the way, finally back to the Welcome Center where my Mom and Grandma would be waiting. 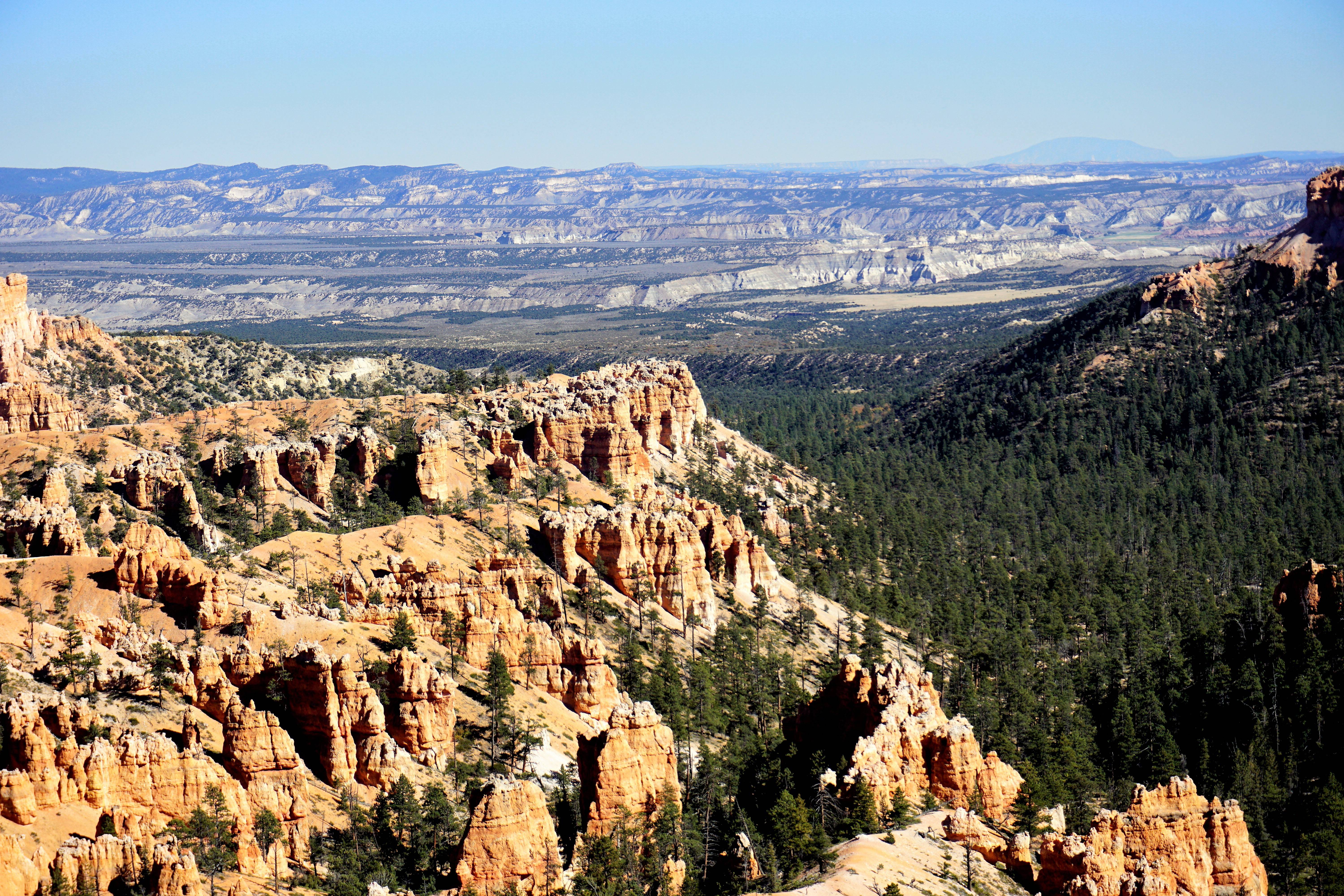 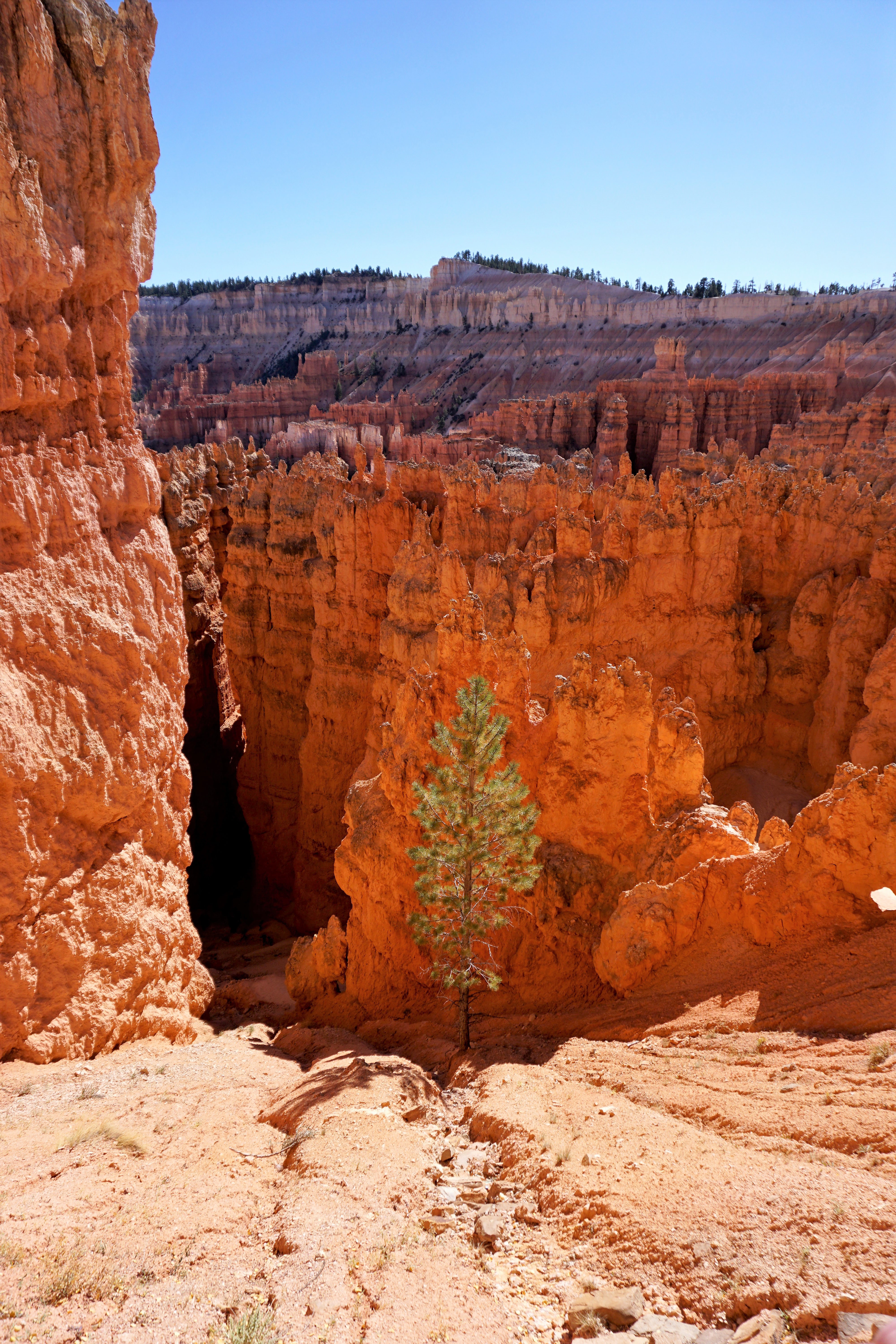 We happily left Bryce Canyon after fulfilling our desire to get in a nice long hike, and headed back to Kanab. Later that night, we headed up the road toward the Best Friends Animal Sanctuary to view the stars, and boy we were not disappointed. 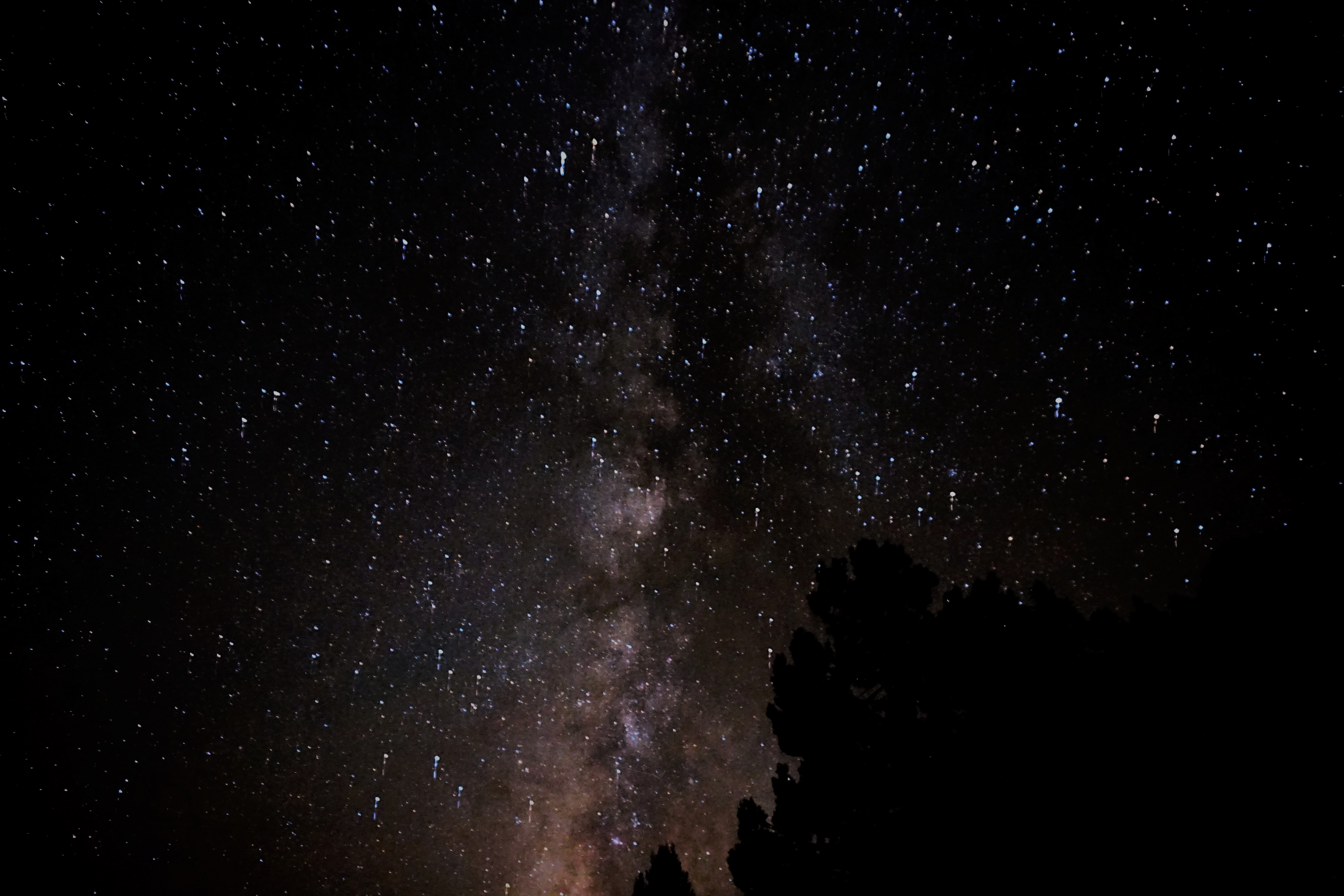 One thought on “Day 3 – Kanab and Bryce Canyon”